One can say Karan Johar is obsessed with social media. The filmmaker may have a pretty busy schedule but often keeps his audience entertained on Instagram with his 'toodles' segment. It all began on the latest season of India's Got Talent when he began filming his co-judges Malaika Arora and Kirron Kher. Now, he has moved onto his kids and his industry friends. 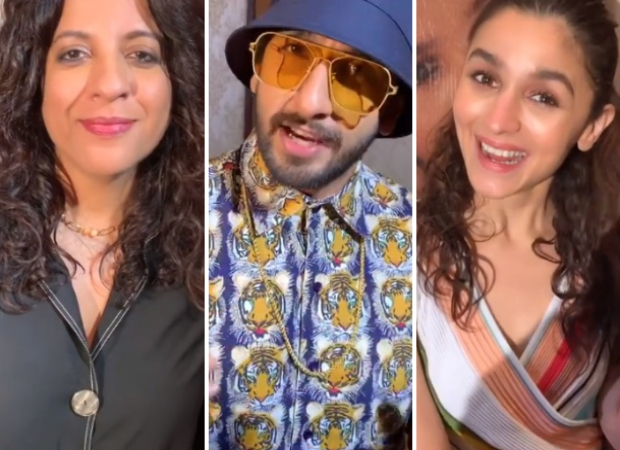 Speaking of 'toodles', the latest celebrities to join the segment are none other than Gully Boy trio Alia Bhatt, Ranveer Singh and director Zoya Akhtar. In the video that he shared this afternoon, Karan seen talking to all three of them about their outfits for the day. Zoya and Alia say that Karan stole their word 'toodles'. Ranveer, as usual, wearing flamboyant clothes for the promotions and getting into his rapper mode.

On the work front, Ranveer Singh and Alia Bhatt starrer Gully Boy is set to release on February 14, 2019. Karan Johar is producing many projects this year including Kesari, Kalank, Student Of The Year 2, Brahmastra. He is set to direct Ranveer and Alia in Takht which stars an ensemble cast.