Varun Dhawan and Alia Bhatt recently wrapped the shoot for their upcoming period drama, Kalank. The two will be seen sharing the screen space for the fourth time and all the ‘Varia’ fans are on cloud nine. The movie is a multi-starrer that will have Aditya Roy Kapur, Madhuri Dixit, Sonakshi Sinha, Sanjay Dutt, and Kunal Khemu among the others. This film is said to release on April 19, 2019 and it looks like we might soon have a trailer. 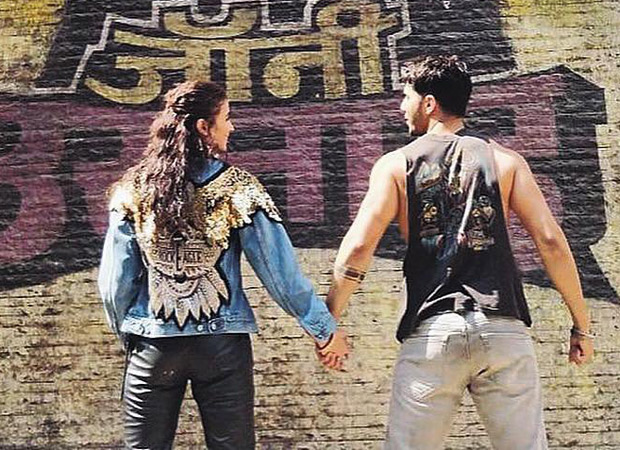 Both Varun and Alia took to social media platforms to upload a picture of them holding hands in front of Rajinikanth’s graffiti. The graffiti is that of Johny Ustad and is one of the old Bollywood films of the Thalaiva starring the late Sridevi. This project is also Yash Johar’s dream project and was conceptualised by him 15 years ago. Initially, Sridevi was roped in for the role of Madhuri and due to her untimely death things didn’t pan out.

Check out Varun and Alia’s posts.

Getting ready for our big motion picture experience #KALANK seeking inspiration from the all time great @aliaa08 pic.twitter.com/7wfkaBO8bi

This could be a sign that we may have a trailer or a teaser of the film releasing soon. This movie is surely a highly anticipated one. And with Karan Johar’s Dharma Productions backing the film, you have the perfect recipe of a blockbuster.