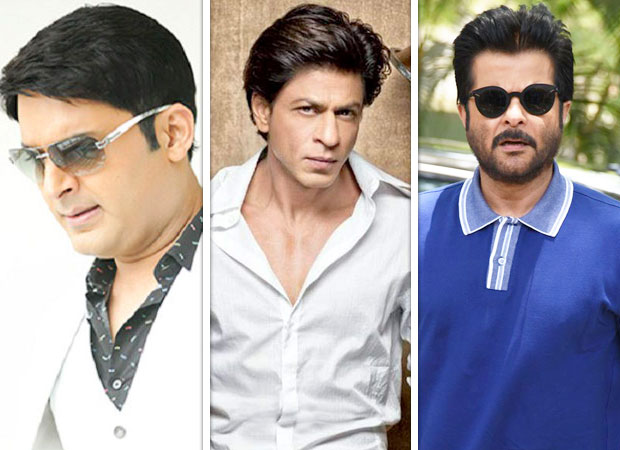 Comedian-actor Kapil Sharma, who rose to fame with his stand up and comedy shows, saw a downfall in his career this past year. The controversies surrounded the comedian when he ended up in a fight with fellow comedian Sunil Grover and cancelled shoots when the stars were already on the sets. It was also reported that he kept Shah Rukh Khan and Anil Kapoor waiting for hours and they had return from the sets of The Kapil Sharma Show.

After being surrounded by controversies and his outburst with Sunil Grover, Kapil Sharma opened up about his struggle with depression and alcoholism. Although he had not made any public appearance since the incidents, he made sure to get well and had checked into a rehab.

Today, on the trailer launch of his second film Firangi, the comedian was asked about incidents on the sets of his show and why the celebrities had to return. When Kapil Sharma was asked about keeping celebs like Shah Rukh Khan and Anil Kapoor waiting for him on the sets of his show and struggle with alcohol, he said. “SRK had to come at 7, and I was on the sets at 2pm. But at 8, I couldn’t think I could do it. I couldn’t perform. Same happened with Anil (Kapoor) sir. They were all very supportive. They told me to rest. It was reported that they left angrily, but they returned to check on me. Then, I went to Bangalore and I locked myself in a room and started drinking a lot to hurt myself. People would tell me to come out of my office, where I locked myself. To get away from all the negativity, I would drink. In the bargain, I cancelled a lot of my shows."