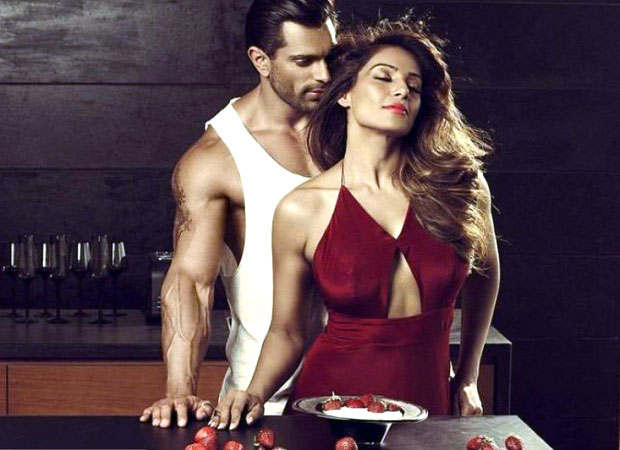 Bipasha Basu's last big screen outing was back in 2015 when she was seen with Karan Singh Grover in Alone. Soon, the duo was married and though they have been quite active on social media ever since, Bipasha has taken a mini beak of sorts from Bollywood while Karan is gearing up for the release of a few films post Hate Story 3, which was a success.

However, there was a surprise in store very recently when the pair was seen endorsing a contraceptive brand. Why surprise? Because traditionally Bollywood celebrities have been adverse to promoting and endorsing contraceptives.

"Call it the image thing but for some strange reasons you don't really find top celebrities stepping into this side of the world," says an insider, "I remember enquiring with a former Miss India (who is active in films today) about what she thought about featuring in a condom ad. She said ‘no’ to that, which is fair enough; to each her own. However, she followed it up by saying, 'I don't do dirty ads'. I almost fell off my chair; after all, what's so dirty about featuring in a condom ad, if it has been done aesthetically."

Well, one can't blame an actress either, after all you can never be so sure if aesthetics would indeed be correct at all stages of the campaign, be it before, during or after the shoot has been done. No wonder, almost all actresses have stayed away from such commercials, and now that Bipasha has made this rather bold move, it is an exception to the rule.

"See, I can only talk about my decisions and no one else's," says Bipasha, "I started avoiding fairness creams. I was offered pretty much every brand, but then money is not the factor. I don’t believe in promoting it ever. Same holds true for alcohol and cigarettes."

The only other top actor in the recent times who featured on a contraceptive campaign was Ranveer Singh. Amongst women, Sunny Leone has been the face of a popular condom ad while the only other model/actress who consented to feature in one was Pooja Bedi and that was more than two decades back.

No wonder, Bipasha is surprised. She says, "In a country that has the second largest population in the world, we still have taboos on just the words sex and condoms but not the actual act. Let’s talk more, read more and learn more about all the things that can be avoided just by the use of a simple precaution. With condoms you can have planned pregnancies and protected sex, which can curb HIV and STD cases. As a couple, Karan and I believe in this that’s why we have thoughtfully endorsed it."