Akshay Kumar, Riteish Deshmukh, Kriti Sanon and other actors of Housefull 4 recently joined a success bash after the film crossed the Rs 200 crore mark at the box office. That's of course worth a grand celebration, right? But amid a lot of unpleasant cold wars and competitions, the industry is also full of beautiful friendships and camaraderie.  At the party, Akshay and his friends did their best to send away best wishes to Arjun Kapoor's upcoming film Panipat. 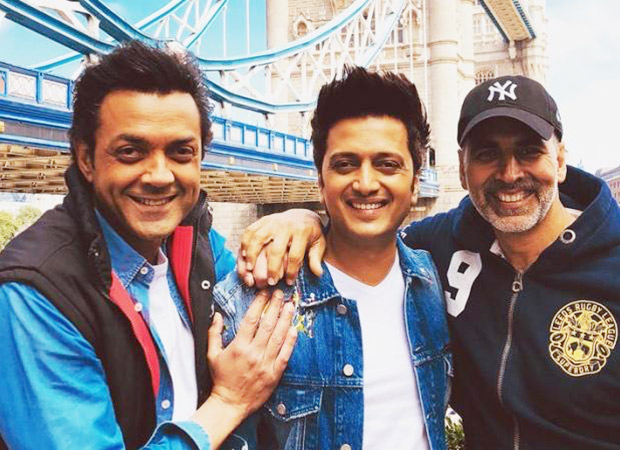 Kriti, who also plays the female lead in Panipat, took to Instagram to share a video of the gang, also including producer Sajid Nadiadwala, actors Pooja Hegde, Kriti Kharbanda and her boyfriend Pulkit Samrat, all shaking a leg to Panipat's recently released track 'Mann Mein Shiva'.  'Housefull of wishes for Panipat,' wrote Kriti. Panipat director Ashutosh Gowariker's wife Sunita Gowariker, who is also the film's producer, was deeply touched by the gesture, and left a comment too. 'Awwwwww all of you are the besttttt thank you soooo much team Housefull,' she wrote. Watch the video below!

Panipat, revolving around the third battle of Panipat between the Marathas and the Afghans, will be releasing on  6th December.