You do know that Shah Rukh Khan is a super chivalrous man, right? From his female colleagues to his female fans, everyone would vouch that he is THE gentleman. At the same time, he is super funny too! Imagine one man telling another that the latter's wife smells great! That's what SRK does to Raveena Tandon's husband Anil Thadani. 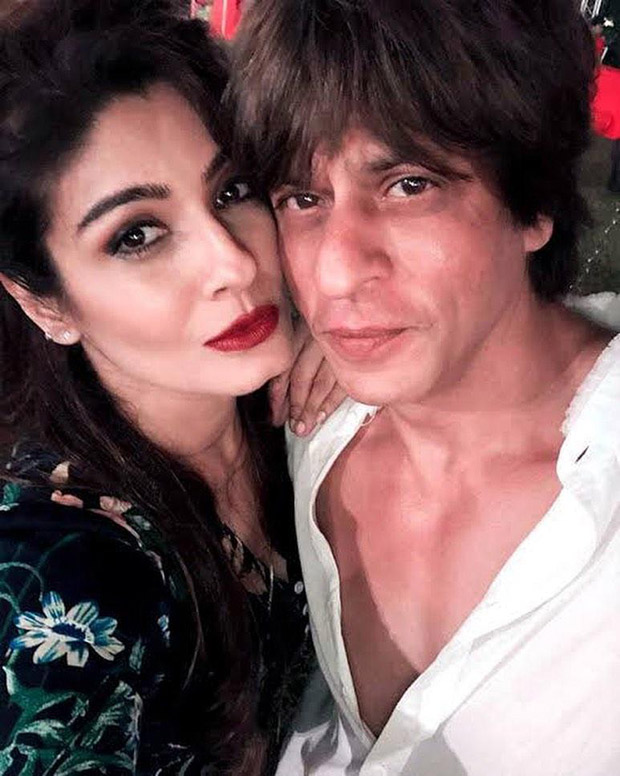 Raveena recently appeared at a TV show, and spilled the beans.  "Every time we are together, socially or somewhere he tells Anil (Thadani, Raveena's husband), you have the best-scented heroine as your wife. He says every time when I used to work with her, I'd usually come close and take a sniff of her scent," she reportedly said. LOL!

SRK and Raveena have appeared together in a handful of films, including Ramesh Sippy's 1995 film Zamaana Deewana. They haven't worked together for a really long time now, but continue to be great friends nevertheless.

Raveena was last seen making a special appearance in the song ‘Sheher Ki Ladki’, in Khandaani Shafakhana. SRK, after Zero, is yet to announce a fresh project. But we hear he is ready to sign a film titled Sankee with Tamil director Atlee Kumar.