Vivek Anand Oberoi, who is starring as the current Prime Minister Narendra Modi in his biopic, will be sporting 9 different looks in the film PM Narendra Modi. These different looks depict the phases, struggles, and passion of this common man. This film will traverse the journey of Narendra Damodardas Modi from his humble beginnings to becoming the Prime Minister of India. This film is a story of 1.3 billion people. 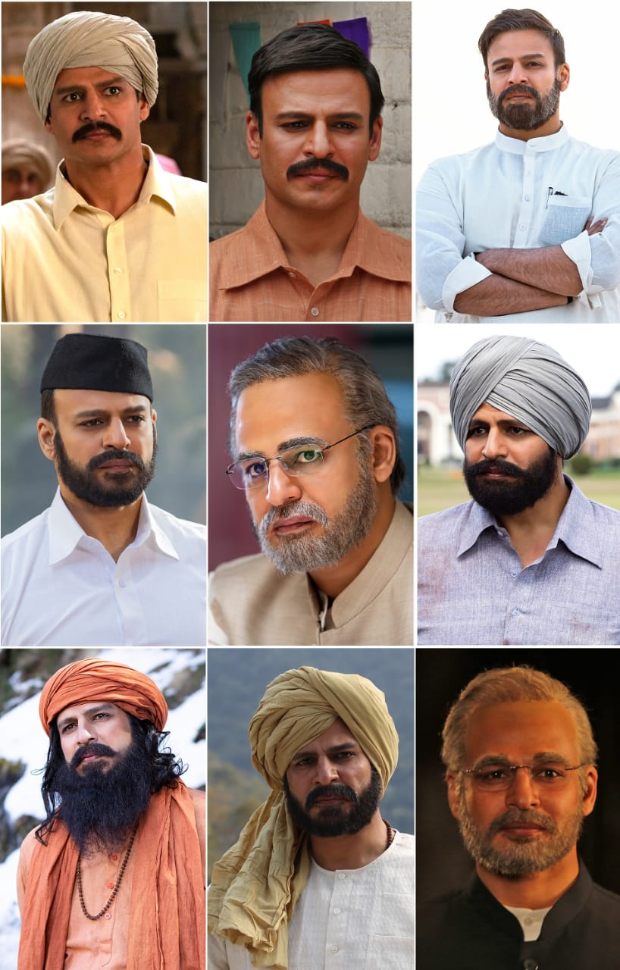 Source says, "Highly dedicated actor Vivek Anand Oberoi gets up 2.30am in the morning each day goes under the process of 7 to 8 hours makeup and is on the set by 8 am ready to shoot. Due to prosthetics, the actor can only consume liquids throughout the duration of the shoot (in a day)."

"On the sets of the film, Mr. Oberoi's transformation was so complete that he behaved like the character even when the camera was not on. So startling and complete was his physical and emotional transformation that members of the unit were taken aback." the source added.

Says producer Sandip Ssingh, "I wanted a versatile actor to play this role, Vivek made an unconventional debut with Company and also gave Saathiya in the same year. I wanted the actor to give me one year of his life before the shoot begins because the films range from the year 1957 to 2019 in order to understand the journey. Vivek gave 15 look tests that needed 7-8 hours of make up each day. When an actor shows this dedication for the film, the filmmaker and the whole crew is extremely enthusiastic and encouraged to make the film."

Producer, Creative Director and story by Sandip Ssingh. Produced by Suresh Oberoi, Anand Pandit, and Acharya Manish, the film is directed by biopic maestro Omung Kumar. The film will be releasing on 12th April 2019.

Hungama Play’s Ratri ke Yatri takes you on a…