Anushka Sharma and Virat Kohli are currently in New Zealand after the victory in the ODI series in Australia. Virat made yet another century record while playing in the series and Anushka was present to cheer him on! After Anushka’s Zero has been released last month, she has been spending time with husband Virat in Australia. After the series, the two took off to a short vacation in New Zealand to spend quality time with each other. They recently went for a walk in the Havelock North area and the celebrated Indian skipper was distracted by a cute little girl fan! Wifey Anushka Sharma looked on while Kohli interacted with this cute little fan. The leaked picture from this rendezvous is too adorable to miss. Look at the picture and you will agree to what we are saying. 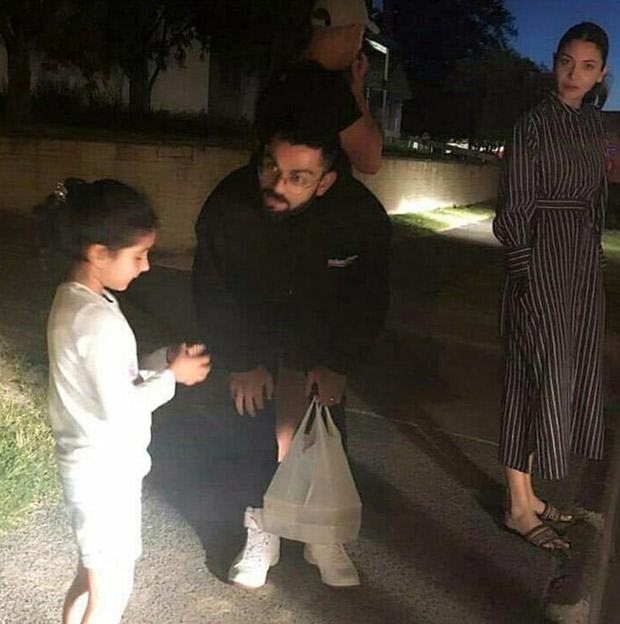 On the professional front, Anushka has had four back to back releases in the year 2018. She was seen in completely diverse avatars in Pari, Sui Dhaaga, Sanju and Zero. After this, she took some time off as she has been continuously on the sets after she got married Virat Kohli! Anushka is on a well-deserved break and we are yet to know officially, details about her next project.

Anushka has been giving a lot of her young fans marriage goals, the way she has lived her life after marriage. In all her interviews, she has said how she and Virat manage their personal lives after marriage despite having such demanding jobs.