Instagram reels are the latest trend that has taken over the world by a storm. Needless to say, celebrities often post these videos on their official social media handle. Bollywood’s dancing queen Madhuri Dixit is no stranger to these and her Instagram is filled with these reels of her projects and her dances. While the actress’ dance is always a pleasure to watch, her recent dancing post on ‘My Money Don’t Jiggle Wiggle’ seems to be breaking records on social media. 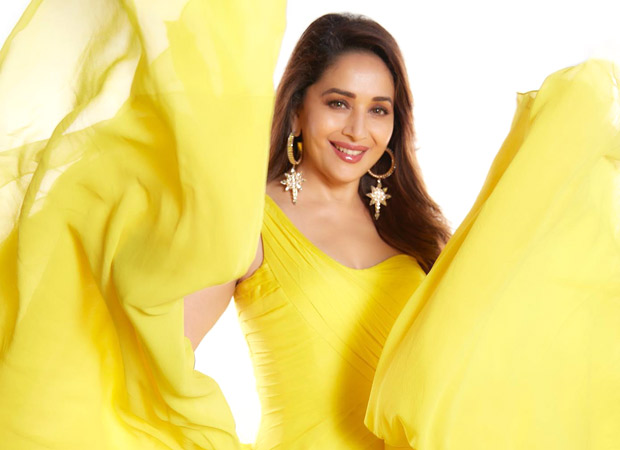 VIRAL: Madhuri Dixit dancing on ‘My Money Don’t Jiggle Wiggle’ is a treat for her followers

Madhuri Dixit, who has taught dance on television in the past and is currently a dance reality show judge, often takes to social media to share deets about her professional and personal life. Amidst that, she has also shared several glimpses of her dances, which is a treat for her fans and followers. In a recent post, Madhuri Dixit shared a dance where she is shaking a leg to the trending track ‘My Money Don’t Jiggle Wiggle’. The actress was seen sporting a red Dolce and Gabbana red pantsuit and looked marvellous in her avatar as she aced the steps of the rap. Here, have a look:

Based on a Louis Theroux interview, that he did earlier this year, the rap has been trending on social platforms with several influencers adding their own steps to it. After Madhuri Dixit shared this post on her handle, her fans and followers have been expressing their appreciation and applauding the actress for her steps and grace. “You know what you have done to my heart”, said one of the fans.

On the work front, Madhuri Dixit was last seen in the Netflix series The Fame Game, which also featured Manav Kaul, Sanjay Kapoor, Gagan Arora amongst others. The actress will next be seen in the Amazon Prime movie Maja Maa.