Priyanka Chopra Jonas is on a promotional spree with Farhan Akhtar for their upcoming movie, The Sky Is Pink. The movie is all about celebrating one’s life instead of mourning their death. While we’re all aware that Priyanka Chopra Jonas returned to her work four days after her father’s death, she has finally opened up about the process of healing and dealing with his absence. She even spoke about how shooting for The Sky Is Pink during her wedding has helped her get through it. 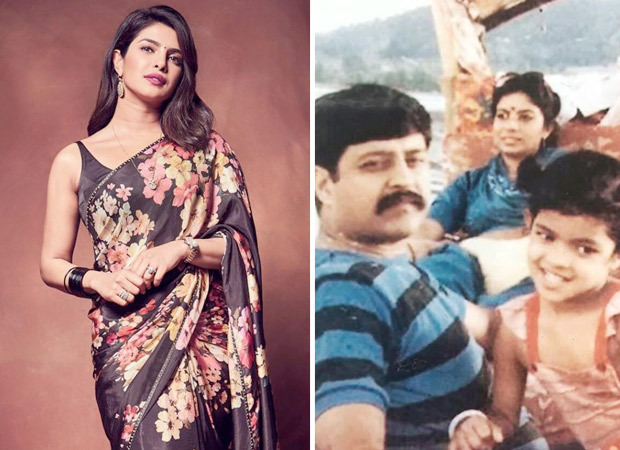 In an exclusive conversation with Bollywood Hungama, Priyanka Chopra Jonas opened up about how she and her family dealt with their father’s death and how The Sky Is Pink has touched her profoundly. She said, “It helped me heal, I think. But, that’s what my family and I chose to do that as well after my father’s chautha. We brought in my dad’s band that played his favorite tunes, we had dinner that hosted his friends and our family and we all laughed about his favorite moments, jokes, and the quirks that he had. We were honoring the life that he had lived because he was a man full of life. The process of doing this film has been healing because his journey on earth was done and that’s how even Shonali thinks about death. It helped me understand that my dad’s still around me and I feel his spirit in a strong way, I feel his presence around me.”

Speaking further about her experience of doing the film during her marriage she said, “I got married during the movie, I was really missing my father that time because, as any other bride you want your parents to be there for you and he wasn’t around. I think the fact that I was doing those scenes during the time I got married, helped me get through it.”

Take a look at the entire segment.

The Sky Is Pink is slated to release on October 11 and also stars Zaira Wasim and Rohit Saraf.