Madhuri Dixit is one of the finest actors and dancers that Bollywood has seen. She ruled the ‘90s with her acting prowess. While she is not seen much on the big screen of late, the actress is very much active on social media. She released her first single titled ‘Candles’. Recently, in an exclusive conversation with Bollywood Hungama, Madhuri Dixit spoke about how one can win Shah Rukh Khan's heart 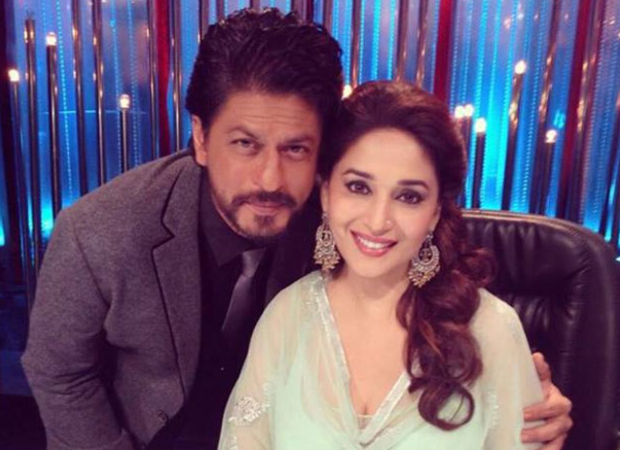 Shah Rukh Khan and Madhuri Dixit have done some beautiful movies together. In a chat with us, Madhuri spoke about the easiest way to win Shah Rukh Khan’s heart. “I think just stand in front of him and do this (imitating Shah Rukh Khan's iconic pose where he spreads out both his arms).” Further talking about what has not changed in Shah Rukh Khan over the years, Madhuri said, “His sense of humour”.

Madhuri Dixit and Shah Rukh Khan have worked together in films like Dil To Pagal Hai, Hum Tumhare Hain Sanam, Devdas, Koyla and others.