Actor Vicky Kaushal who made his debut with the 2015 film Masaan has come a long way. The actor was last seen in the film Uri: The Surgical Strike which was both commercially and critically acclaimed. The actor even won the National Award for Best Actor this year and has some amazing projects in his kitty. 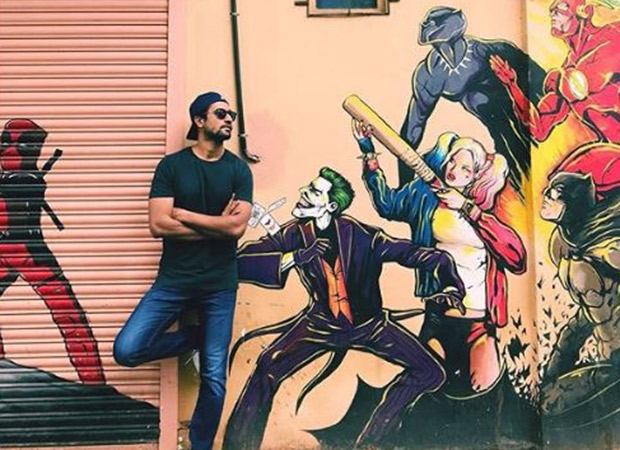 Vicky Kaushal recently took to his Instagram handle to share an intriguing picture of himself posing against a wall with paintings of the likes of Deadpool, Black Panther, Batman, Flash, and others. However, what was even more interesting was the caption of the post. Despite posing pictures with the popular screen heroes, the actor revealed that he is a fan of the first Indian superhero- Shaktiman. Confessing his love of this desi superhero, he wrote, "I ❤️ Shaktimaan"

Meanwhile, on the work front, Vicky Kaushal was last seen in his debut music video titled Pachtaoge opposite Nora Fatehi. He will next be seen in his first horror film titled Bhoot: The Haunted Ship Part One. The actor has several interesting projects lined up. He will be seen in Sam, Sardar Udham Singh, and Takht.

Also Read: Is Vicky Kaushal starrer Bhoot inspired by a true incident that happened in Mumbai?