R Madhavan is a proud father right now! His son Vedaant, who represented India at the Asian Age Group Swimming Championship, is coming home with a silver medal! The 14-year-old boy, along with his groupmates Utkarsh Patil, Sahil Laskar and Shoan Ganguly, won the medal at the 4x100m freestyle relay for 'Group II' boys. The gold medal went to Thailand while Japan won the Bronze. 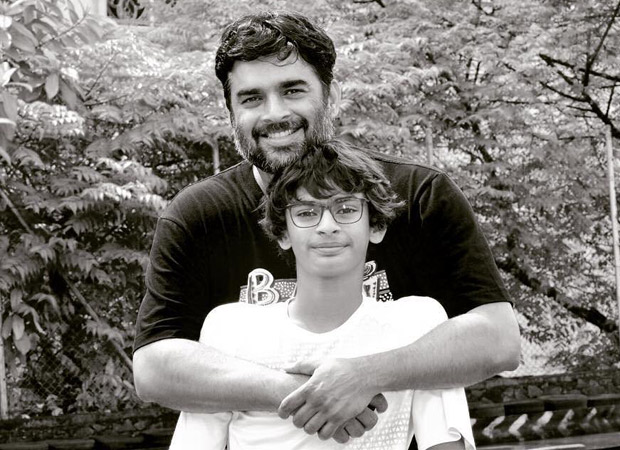 "India gets her Silver medal at the Asian Games . Gods grace .. Vedaants first official medal representing India," a proud Madhavan wrote on Instagram, and shared a photo of Vedaant and his friends posing with the medal.

This is not the first time that the actor is taking to social media to take pride on his son, a budding swimming champion. Last year, Vedaant won his first ever medal for India in Thailand. 'Proud moment for Sarita and I as Vedaant wins his first medal for India in an international swim meet in Thailand today. Thank you for all your blessings,' wrote the actor, sharing a picture of his son flaunting the medal.

Proud moment for Sarita and I as Vedaant wins his first medal for India in an international swim meet in Thailand today. Thank you for all your blessings .

Let us also take you to the time when Vedaant won his first ever gold medal at a national championship!

The actor will be next seen in Rocketry: The Nambi Effect, a film revolving around the life of ISRO scientist Nambi Narayanan.