Now, this was the kind of face-off we don't mind! Beauties Priyanka Chopra and Kareena Kapoor Khan reunited on the small screen eight months after their appearance on Koffee With Karan, on the sets of Dance India Dance 7. Isn't that too much good looks together? 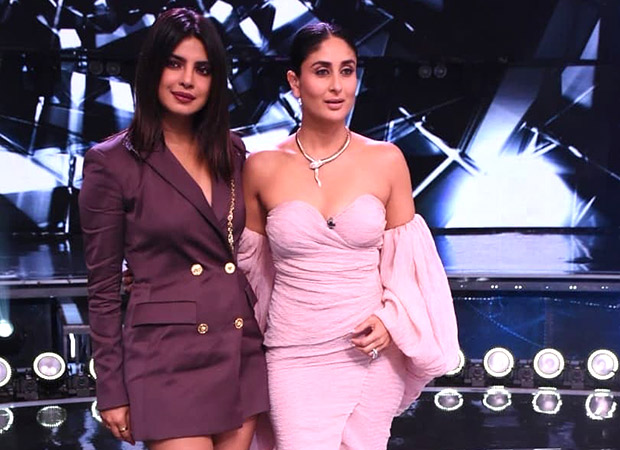 If that wasn't enough, they also decided to shake a leg together and the audience went mad. Priyanka rightly called it a face-off! They picked their Don (2006) track 'Aaj Ki Raat' to groove to. Kareena, in her pale purple gown was a sight to behold. Priyanka, on the other hand, picked a chocolate colour blazer dress. Watch the video of them dancing together below!

The two actors were seen together only once, in Akshay Kumar starrer Aitraaz. However, they have remained great friends through all these years.

Priyanka is in town to promote her upcoming release The Sky Is Pink, a Shonali Bose directorial that also stars Farhan Akhtar and Zaira Wasim in pivotal roles. Kareena, on the other hand, has finished shooting for Angrezi Medium and Good Newwz.