Maniesh Paul, who is known for his spontaneity and impeccable comic timing on stage is back with a bang again on Sa Re Ga Ma to win the hearts of his fans. As we all know Maniesh is hosting this new season and will continue to make us laugh and fall in love with his sense of humor. Maniesh has mastered the art of cracking the audience up with his funny jokes and one-liners. 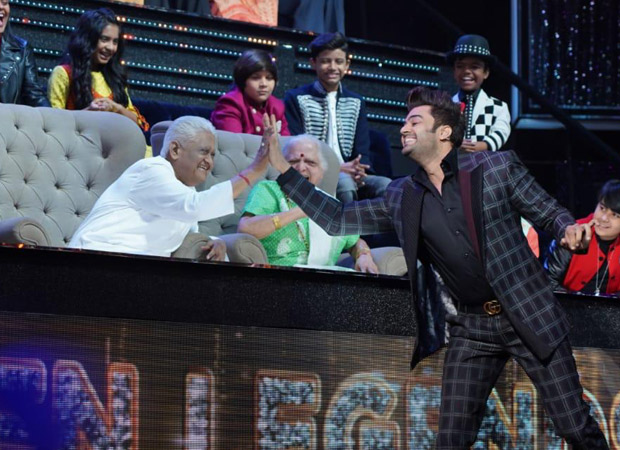 In this coming episode of Sa Re Ga Ma we will be seeing veteran music composer Pyarelal Ramprasad Sharma who will be gracing the show. Pyarelal ji is considered among the most successful composer in Hindi film history and has composed music for about 750 Hindi movies from 1963 to 1998 with famous filmmakers like Raj Kapoor, Dev Anand, Manmohan Desai, Yash Chopra and many more.

Maniesh, sharing his experience from one incident which took place on the sets said, "As we all know Pyarelal ji is known for playing piano which he has stopped playing since last few years, we all requested Pyarelal ji to perform on which he agreed to join us on stage and played his and my favourite tune on a piano. Following that all the contestants along with the judges joined him and sung all time favourite song  'Zindagi Harr Kadam Ek Badi Jung Hai' from the movie Meri Jung. We are were so thrilled and excited and it was out of the world experience to see Pyarelal ji performed live.

Here are some pictures straight from the sets where you will see Maniesh Paul is having some great time with Pyarelal ji.

Also Read: Frozen 2: Maniesh Paul to be the voice of Kristoff