Case Toh Banta Hai is a one-of-a-kind weekly comedy show where Riteish Deshmukh and Varun Sharma play the roles of public prosecutor and defence lawyer whereas Kusha plays the judge who decides the fate of the celebrities. Biggest Bollywood celebrities such as Varun Dhawan, Kareena Kapoor Khan, Karan Johar, Sara Ali Khan, Anil Kapoor, Rohit Shetty, and Badshah will be invited on the show with quirky accusations and they have to defend themselves against these ‘ilzaams’. After Kareena, the next one on the list is Varun Dhawan and recently a glimpse of the episode was showcased in the trailer. 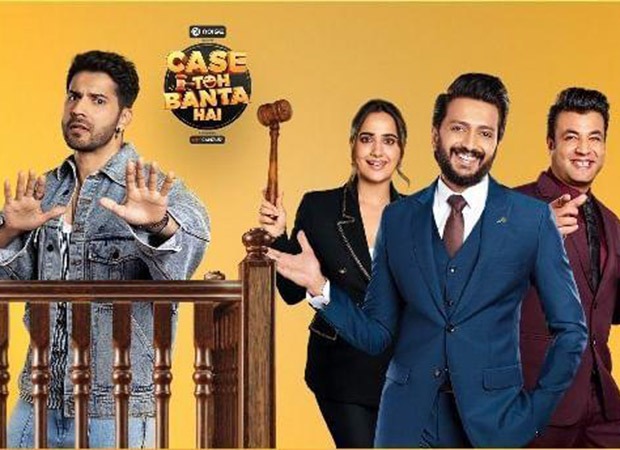 Varun Dhawan is a happily married B-Town heartthrob, who tied the knot with his college sweetheart Natasha Dalal in January 2021. But now, the nation wants to know why his wedding guest list was that short! That is the ‘atrangi ilzaam’ which Varun faces on Amazon miniTV’s Case to Banta Hai. Having a suave entry for a case full of madness, Varun is summoned to Janta ka court by people’s advocate a.k.a. Janta ka lawyer Riteish Deshmukh, who thinks that the star has offended his fans with a shockingly tiny guest list. In fact, in the trailer even judge Kusha Kapila quipped, “itne toh humare yaha naraaz ho jaate hai!”   (in our case, these many people are the ones who get angry)

Junior Dhawan is in for a tough trial with Varun Sharma as his defending lawyer who defends him on this hilarious comedy show. Mad allegations, unaccountable fun, and peals of laughter can be observed in the recently released sneak-peak of the upcoming episode! Can Varun Dhawan save his sweet, innocent Swami image and prove to the judge that the ‘atrangi ilzaams’ are unwarranted?

The show will stream on Amazon miniTV for absolutely free on the Amazon shopping app and Fire TV starting 29 July.