After two chart-soaring numbers, 'Ghar More Pardesiya' and 'First Class', the team of Kalank is going all out to launch the third song from the film’s album, composed by Pritam. Tomorrow, the title track of the partition drama, 'Kalank Nahi Ishq Hai', sung by Arijit Singh and written by Amitabh Bhattacharya, will be unveiled. The montage video, while placing the focus on Varun Dhawan and Alia Bhatt’s characters, also features the rest of the cast —Sanjay Dutt, Madhuri Dixit-Nene, Sonakshi Sinha and Aditya Roy Kapur — and appears at an important point in the narrative. A portion of the song was also used in the teaser, which was launched two weeks ago, and since then, it has been hugely anticipated. The team, Dharma Productions, Arijit, Amitabh and Pritam, had last worked together on the title track of Ae Dil Hai Mushkil, which continues to be on the charts. 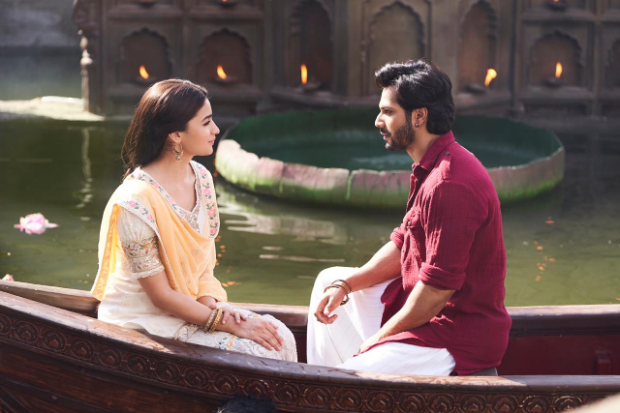 Elaborating on the number, Pritam said, “I would give a lot of credit to Amitabh for writing a song with a word like Kalank; it’s not easy. Arijit has made the track soulful and beautiful. Director Abhishek Varman’s brief was that it has to be a beautiful romantic number, which underlines the feeling one has when he or she starts loving someone intensely. It’s spiritual. After the teaser was out, lot of people had asked me if the title track is dark. I can now tell them that it’s not dark. It’s beautiful and exceptionally romantic.”

ALSO READ: Varun Dhawan talks about getting Kiara Advani to dance with him in Kalank’s latest dance number, First Class