Ever since Ranbir Kapoor and Alia Bhatt started filming Ayan Mukerji’s Brahmastra, the rumors about their alleged relationship have been the talk of the town. It has been a year since they began dating while not publicly accepting it yet. But, their date nights, appearances and holidays are proof that they are enjoying their time together. While the world was celebrating Valentine's Day with their loved ones, Alia and Ranbir chose to enjoy an intimate dinner. 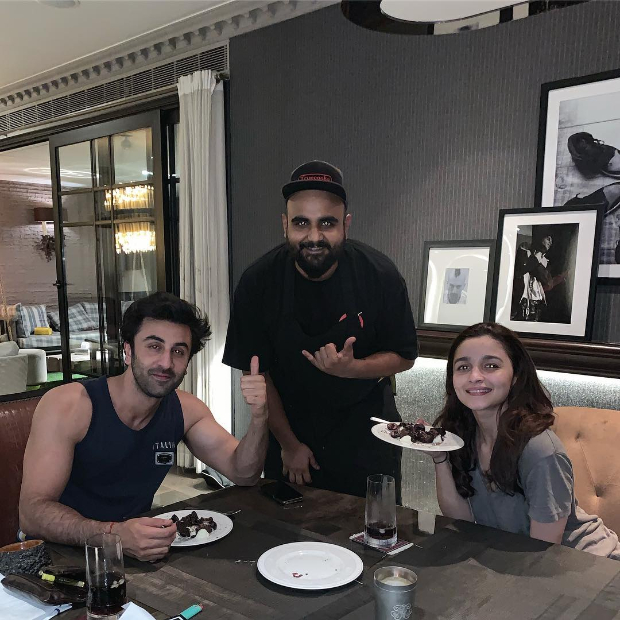 Ranbir Kapoor accompanied Alia Bhatt for Gully Boy screening February 13. Instead of going out, the couple decided to enjoy a three-course meal during their dinner date on Valentine's Day. A well-known chef, Harsh Dixit, prepared the meal for them and shared a picture with Ranbir and Alia as they enjoyed the dessert. The two of them kept it casual instead of opting for fancy party wear. Harsh wrote, "Happy Valentine’s Day ❤️ All smiles post a #NotSoNasty 3 course valentines dinner. The menu tonight included a bunch of aphrodisiacs like red chillies, avocado, cinnamon, garlic, asparagus, truffle, salmon, chocolate, cherries, vanilla and lots of ❤️ Obviously #ZeroSugar coz #Diet."