We all know that Dhanush became quite the sensation after his song 'Kolaveri Di' from his film 3 went viral. The film, featuring Shruti Haasan, had a cover version of sorts with the actor behind the mic singing the track and the video too became popular on the internet. And now, Dhanush, who was seen mingling with guests at the recently held Soundarya Rajinikanth and Vishagana Vanangamudi wedding, sang the song live for everyone. He was accompanied by musician Anirudh Ravichander. 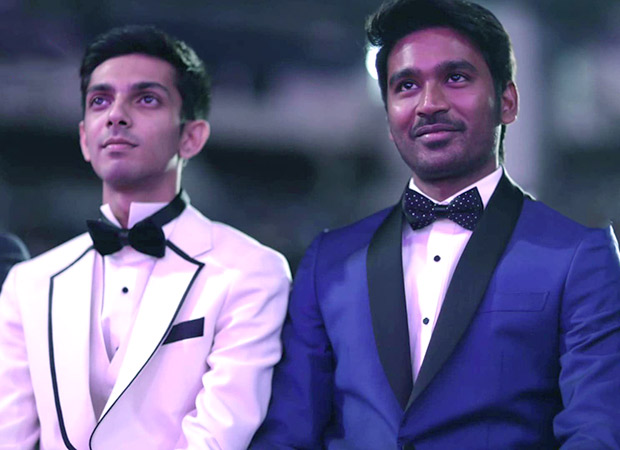 It is a known fact that the recently held wedding of Rajinikanth’s second daughter Soundarya Rajinikanth and Vishagan Vanangamudi was a lavish affair. Many celebrities, from Kamal Haasan to Kajol to the Ambanis, the ceremonies were a star studded soiree with many pictures making it to the internet. Amidst the inside happenings that went viral was a dance video of Rajinikanth grooving to the song from Muthu and now it is the video of Dhanush singing 'Kolaveri Di' that is doing the rounds on Instagram and other social media platforms.

Although it is a few lines, it seems that the guests at the wedding were quite thrilled to see Rajinikanth’s son-in-law hum a few lines from the chartbuster. On the other hand, Anirudh Ravichander who is quite close to Dhanush accompanied him and the entire atmosphere set the mood for a musical evening.

Coming to the lavish wedding, Soundarya Rajinikanth and Vishagan Vanangamudi tied the knot at the luxurious The Leela Palace in Chennai. The said wedding was a three day affair with many functions like Mehendi, pre wedding reception etc. being hosted for the couple. For the uninitiated, this is Soundarya’s second marriage. She got separated from her former husband Ashwin about two years ago and the couple also has a son named Ved Krishna.

Also Read: Inside Pics and Videos – Rajinikanth dances on this chartbuster song from his film Muthu, Soundarya looks thrilled to have these three men in her life