Deepika Padukone came out uninhibitedly when she had to speak about depression and anxiety. The actress inspired many to speak up on mental health and also get professional help if need be. Amongst the many celebrities who supported the idea of keeping our mental health under check was also Uday Chopra. But the actor’s recent posts on social media seem to have left fans quite worried! Reason? The actor has been sharing twe

ets that indicate towards depression and suicide that left many quite stunned. But the actor soon took down the tweets calling it his dark humour but the fans don’t think so! 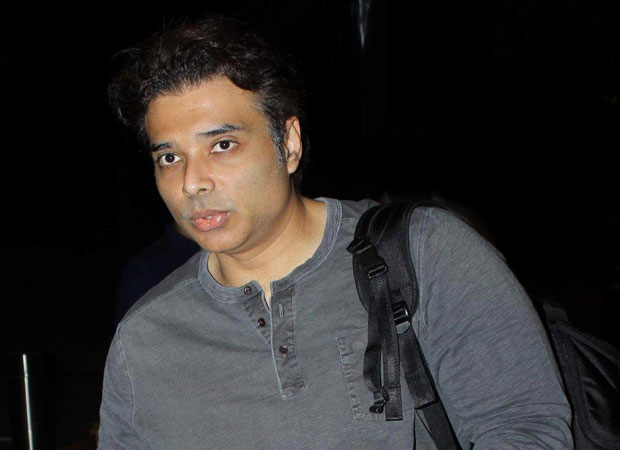 Uday Chopra in his earlier tweets indicated something dark when he spoke about committing suicide. He said, “For a few hours I De-activated my Twitter account! I felt as close to death as I could get. Was phenomenal. I think this is a good option to suicide. I might be permanently doing,” said the actor turned producer. This cryptic message obviously sent fans in a tizzy as they constantly texted their idol to ensure safety.

Considering that his messages had triggered panic, Uday Chopra took to the social media platform to delete these messages and dismissed those statements calling them ‘dark humour.’ He said, “Seems like I tweeted something recently that got a few of you worried. I’m totally fine, its just my dark humour that sometimes gets misunderstood. Thanks for all your concern though.” 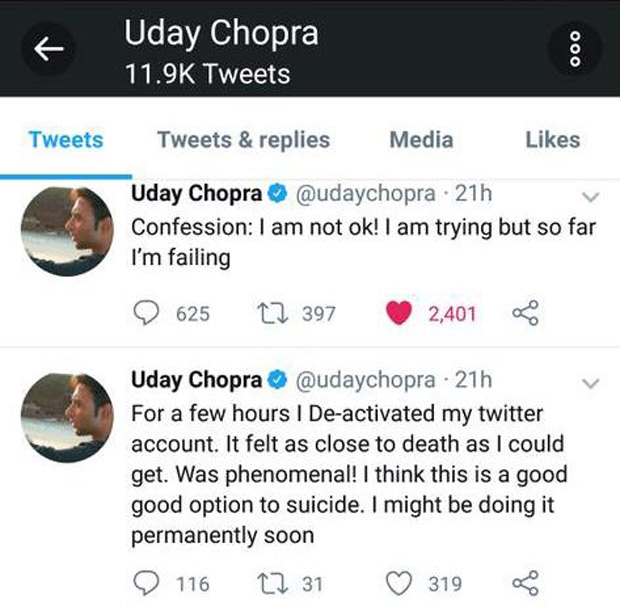 Followed by these, fans started responding to these messages. Some were concerned and some trolled the actor for sharing those tweets earlier:

That's wasn't a dark humour at all. Well it's good that trying times are over.

I actually followed you a few minutes ago on twitter since I read something in the news; obviously which I found concerning. Good to know you are fine. Please hang in there. Time and phase change very fast.

Sir please don't do it again. I don't think anyone saw it as humorous in any shade of gray. It shakes us as fans and as humans to see fellow people under chronic stress. Hope you stay fit, hale and hearty for long. Wish to see you on the big screen again soon. :)

Good to know. I really hope everything is well at your end too. Sending power and positivity your way. Take Care. ????

It was rather scary Uday. All your fans are rightly worried after reading you tweeted about a suspected attempt to end life.

I don't know much about acting,but you are not good with philosophy.