Last Updated 17.05.2022 | 10:27 PM IST
feedback language
follow us on
Bollywood Hungama » News » Bollywood Features News » Twinkle Khanna and Akshay Kumar reimagine how they would have spoken if they met today; latter has a hilarious response

Twinkle Khanna and Akshay Kumar are one of the most loved couples of Bollywood and today they completed 21 years of marriage. To mark the day, in her trademark hilarious style, Twinkle Khanna shared a small conversation between the two along with a candid picture of them. 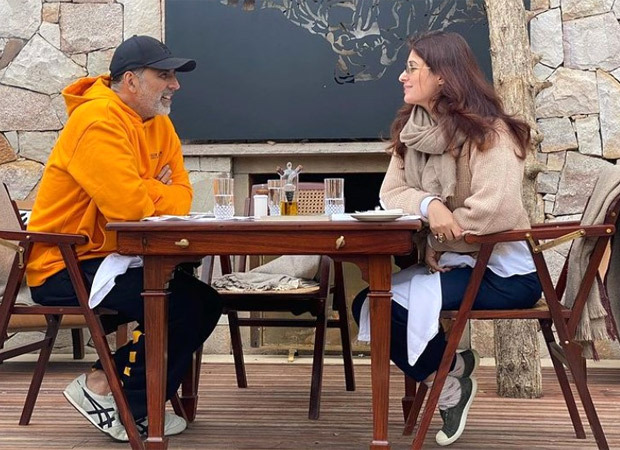 Twinkle Khanna and Akshay Kumar reimagine how they would have spoken if they met today; latter has a hilarious response

Me: You know, we are so different that if we met at a party today, I don’t know if I would even talk to you.

Him: I would definitely talk to you.

Me: Why am I not surprised. So like what? You would ask me out?

Reacting to the post, Twinkle's childhood friend and filmmaker Karan Johar dropped a laughing a several red heart emojis. Suzzanne Khan, too, found the post hilarious and dropped laughing emojis and heart emojis for the couple.

Meanwhile, the couple is celebrating their anniversary in Rajasthan's Ranthambore National Park along with their daughter Nitara. Akshay got married to Twinkle on January 17, 2001, at a private ceremony. The couple is parents to two children--son Aarav and daughter Nitara.