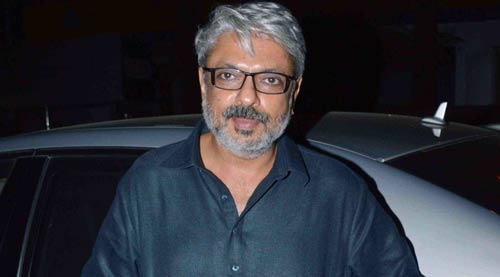 When it comes a film by Sanjay Leela Bhansali, one production is just not enough to cope with the budgetary requirement. Rani Padmavati, Bhansali's proposed pseudo-historical epic, finds its budget to be spiralling out of control, so much so that Eros International who have produced Bhansali's last two films and were also supposed to produce Rani Padmavati, have expressed their inability to go it alone.

According to the source, "Negotiations with Viacom 18 are in advanced stages. But the three production parties Sanjay Bhansali, Eros and Viacom are yet to lock in the percentage of costs to be shared."

Reacting to this historic merger of two major corporate houses to produce one film, producer, director and president of the Movie Image Makers' producers' association Pahlaj Nihalani says, "The immensity of the tie-up will result in mind-boggling numbers for budget and box office profits. It does sound unrealistic to pour so much money into one project. But we have to look at the director's track record before we look at the budget. Bhansali has created some of the biggest epics of our time. Recovering Rs. 170 crores would not be that difficult for Rani Padmavati."

Adds trade analyst Atul Mohan, "Today is day of co-productions and mergers. Forget Padmavati even small films like Madaari and Great Grand Masti had 3-4 producers joining hands. The recent Baar Baar Dekho too had Eros, Dharma and Excel collaborating. Padmavati's budget is way too much for a single studio because one wrong step and the studio backing a film can go many years back. So makes sense for two giants to come together. It won't be surprising if we hear a new name in near future joining the project. With multiple producers risk gets divide. There are many examples of recent collaborations, for example Rustom had Zee and several producers backing the film. Even Dhoni has many producers."

Adds analyst Amod Mehra, "In today's times if the budgets are high it means the risks are high. So partnering the burden is a healthy trend. It also proves that despite the huge budget, the faith in the maker by the investors."

Adds producer Pritish Nandy, "Why not Eros and Viacom together? Producing films is a business where every new idea is worth looking at. And both of them are clever business people. So why not?"