Indra Kumar is back and is ready to take his audiences on a roller coaster ride with his much-awaited adventure comedy, Total Dhamaal. The film features an eclectic starcast of Ajay Devgn, Anil Kapoor, Madhuri Dixit, Riteish Deshmukh, Arshad Warsi, Jaaved Jaaferi, Sanjay Mishra and Pitobash. The evergreen couple of Beta and Tezaab, Madhuri Dixit and Anil Kapoor, is reuniting after almost 27 years in Total Dhamaal. The trailer was launched on Monday which promises to be a laugh riot. 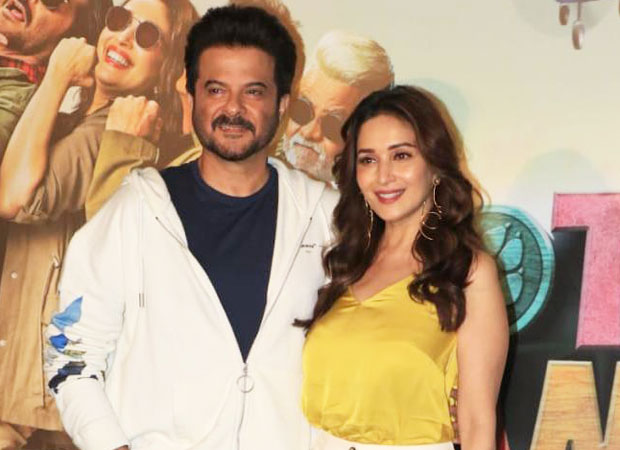 At the trailer launch on Monday, talking about working with Madhuri Dixit, Anil Kapoor said, “We have had a phenomenal association. To be back together is not only professionally great but also emotionally.”

Speaking about reuniting with Anil, Madhuri Dixit said, “I don’t think he will ever change. He will always be the same. He is one of a kind. It is always wonderful working with him. I have worked with my Beta team (director Indra Kumar, producer Ashok Thakeria and Anil) so, it’s wonderful."