Last Updated 27.10.2021 | 11:45 AM IST
feedback language
follow us on
Bollywood Hungama » News » Bollywood Features News » TOOFAN: Farhan Akhtar continues to train hard for his next role of a boxer

Farhan Akhtar, Bollywood’s polymath who hails in the Industry as an actor, film director, screenwriter, singer, and a producer, is known to ace the role of an athlete Milkha Singh with perfection in his movie Bhaag Milkha Bhaag. Farhan Akhtar is yet again creating a buzz by pushing his limits with his workout regime while prepping for Toofan. 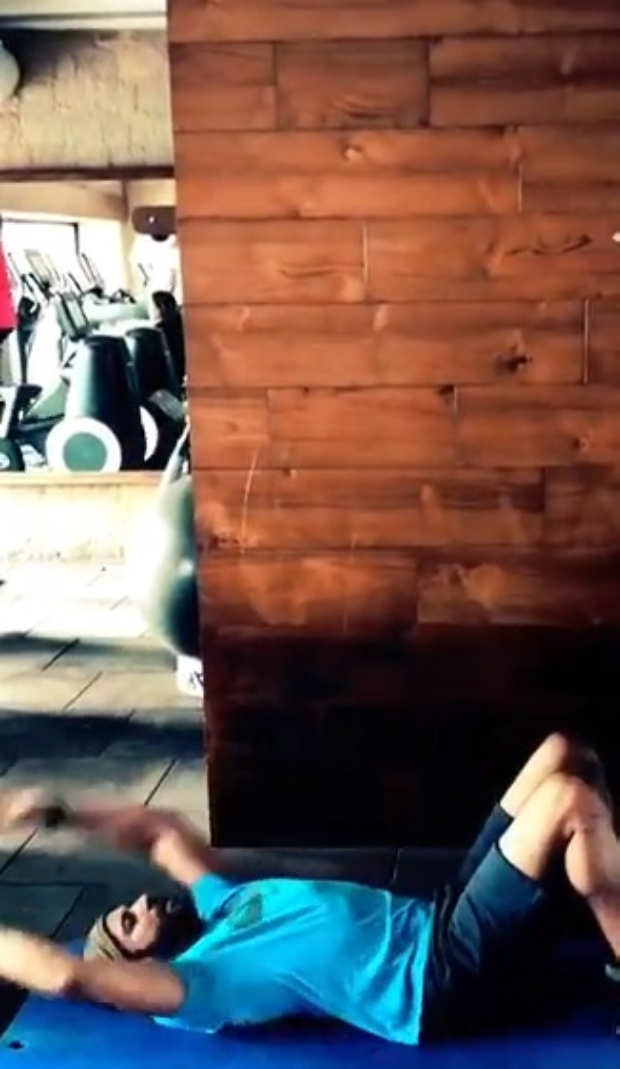 Farhan Akhtar posted a video on his Instagram handle where the actor can be seen in full dedication towards the role of a boxer which he will be essaying in his upcoming film, Toofan. The actor shared the post and wrote, "I guess I didn’t know this is what he meant by a sit up. ???????? #ToofanInTheMaking #fitnessgoals#morecore #hardcore #abworkout#pushfurther #skillset ????????‍♀ @samir_jaura ???? @drewnealpt Music: Busy Child @thecrystalmethod" As the actor posted this motivating video on his Instagram handle, he has got the fans pumped up with motivation. The actor’s fans and Industry peers were floored by the actor’s hardwork to blow everyone’s minds with acing the role of a boxer with the determination.

After 2013, six years later in 2019, the hit duo- Farhan Akhtar and Rakeysh Omprakash Mehra are all set to reunite to create magic on screen for a film based on boxing titled, Toofan, an Excel Entertainment production in association with ROMP Pictures.

As rightly, the multitalented and multifaceted, Farhan is gearing up for his upcoming movie, The Sky Is Pink where the actor will be sharing the screen with Priyanka Chopra after their previous work, Dil Dhadakne Do, which too created a buzz then!

ALSO READ: WATCH: Farhan Akhtar gets into his sporty avatar while training for Toofan