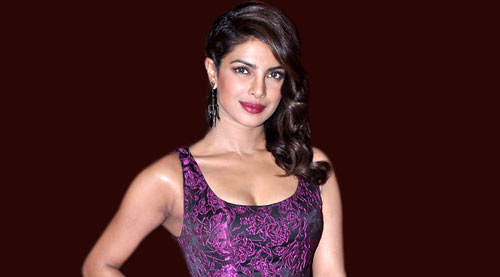 "My entire answer was divided between 2 questions and that's why it sounds the way it is. To me, the 'number one' spot is fickle," said Priyanka Chopra in a Bollywood Hungama exclusive video interview in response to her answer in an entertainment daily where she said, "So if a girl does big films with heroes then she becomes No 1 heroine?" Clarifying her view point Priyanka added, "The top 5 actors and actresses according to me are number 1 because after every big film, the position shuffles. Aamir may replace Salman, Deepika may replace Katrina and so on. It keeps going round and round with the same top 5 actors. And according to me, my contemporaries are much bigger stars than me. I am not on Number 1, 2 or 3 or even on no 10. I am very happy in the work that I do."


Priyanka also stated in the same interview that actresses shouldn't claim credit for the hero dominated big blockbusters which has led to an animated debate within the film industry and amongst fans of various actresses. "I have been a part of few-100 crore films. But you cannot give me credit for a Krrish, a Don or an Agneepath. I am a supporting actor in those 3 films. But you cannot not give me credit in a Barfi. You cannot not give Deepika Padukone credit for Chennai Express - no one can do Meenamma like she has done - or Goliyon Ki Raasleela Ram-Leela. Similarly, you cannot not give credit to Katrina Kaif for Rajneeti. If some other actresses had played these parts, they would have brought their own thing into these roles. But the way these films became because of these actresses, for me that is important. Those are the 100-crore films that need to be credited to these actresses. That's the point that I was trying to make which as usual got misconstrued," Priyanka said emphatically.


Priyanka Chopra's latest offering Mary Kom has earned a tremendous feedback from within the industry and the buzz around the film is positive. Chopra did 52 back to back interviews yesterday August 26 and then turned up for a special screening of some portions from Mary Kom for a select group of journalists. She looked extremely pretty and was brimming with enthusiastic energy late in the night as if she has just woken up after a long spell of beauty sleep. The theatrical trailer of Mary Kom was thunderous and the exclusive portions I saw yesterday further whetted the appetite to delve deeper into the great story of champion boxer Mary Kom.


The tremendous struggle Mary underwent both within her family and the apathy of sports associations in India is an eye opener. Priyanka has given this role her everything. The perfume of blood permeated the air as we finished watching the footage from the film yesterday. Priyanka excitedly told us that she is hoping for a good opening for the film. "Fashion did that despite a Golmaal," she said. Over to the real deal now when Mary enters the Ring of cine theatres all across the world on September 5.