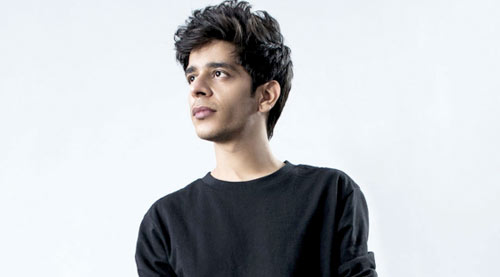 Shashank Arora who plays a Delhi-based criminal in Kanu Behl's Titli is currently in Shillong playing the rock star in Shujaat Saudaagar's Rock On 2.


The promising young actor who has studied music and cinema in Canada, entered a completely new world of crime grime and slime in Titli


The experience has left Shashank shattered. "It was very tough. The difficulty was not as much the criminal mindset, but in creating his body language and motives which stemmed from his experiences. Workshops were what really helped me lose this upper middle class demeanour and my prior training has thankfully made me vulnerable enough to play the part. Atul Mongia who does the workshops is a genius. All the other credit goes to my acting professor Rob Reece who taught me all the craft I know."


Now Shashank is back to his comfort zone playing a musician in Rock On 2. Together with Shradha Kapoor, Shashank is the new recruit in the band that already consists of Farhan Akhtar, Arjun Rampal and Purab Kohli.


Says Shashank, "I play a classically trained musician. I'll be playing the sarod and a bit of the base guitar. I'll be doing some back-up vocals too, I guess. Characters that are closer to you are tricky as well because one tends to get lazy in their portrayal. But the character is quite far from me as well. Banarasi sarod player who is trying to make it into the music industry, but definitely not as complex as Titli."