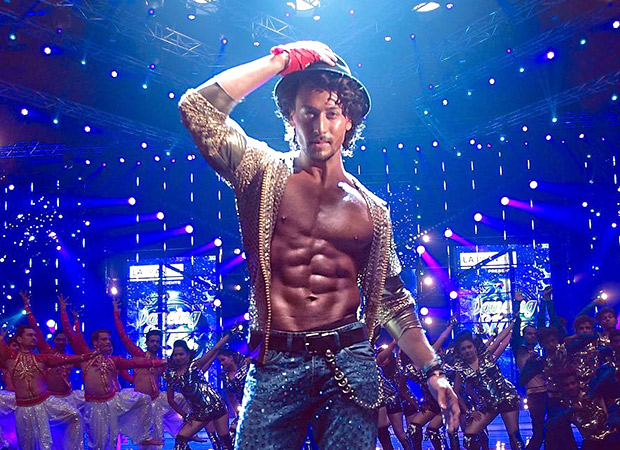 Aah...so finally there is a film promo that comes across as an out and out massy commercial affair. Ever since the release of Baahubali 2, there have been quite a few films that have hit the screens. Hindi Medium has clicked big time, Sachin - A Billion Dreams turned out to be a surprise earner and the rest just didn't connect. There have been promos of quite a few upcoming films released in the interim period. While one waits to catch what Akshay Kumar and Shah Rukh Khan to offer with their Toilet - Ek Prem Katha and When Harry Met Sejal respectively, there is one film that is set for the biggest start amongst them all.

The name is Michael, Munna Michael!

Over the years, Bollywood has moved so much away from the reality of quintessential Hindi films that actually set the foundation of the industry that one started wondering why the disconnect has actually arose. Yes, an occasional urban romcom drama or a Hollywood styled action thriller can still be digested; after all that brings in good adequate. However, the fact also remains that all the films in the 200 Crore, 300 Crore, and now 500 Crore Club are the ones that seep into Indian emotions, be it Baahubali 2 to Dangal and Bajrangi Bhaijaan to Sultan and Chennai Express to Prem Ratan Dhan Payo.

Not that Munna Michael is aspiring to be in 200 Crore Club. However, when it comes to its entry into the 100 Crore Club, it has pretty much set the stage. Here are the reasons why:

- A 'desi' hero, when projected right on screen, time and again works with the audience. Tiger has seen that happening for him already with Baaghi and Heropanti. Now as Munna Michael, he goes to the next level

- A film revolving around dance can be a major crowd puller, provided what you see on the big screen is exceptional and miles ahead of what you already see on the small screen. You get that impression here

- When cracker-jack action fuses with music, it turns out to be all the more lethal. More so, when the action is raw with the sound of 'dishoom dishoom' looming large. That seems to be in abundance here

- The 'dost-dosti-dhokha' angle in a 'masala' story - If these ingredients fit in well into a 'masala' affair, what you get on platter is something truly spicy. This is what Nawazuddin Siddiqui brings to the table

- A new heroine may not turn out to be a crowd puller before the release of a film. However if she is good, she turns out to be a surprise package. Nidhhi Agerwal has the right moves, now it is time to surprise

- A director needs to know his job when making a film for the masses. Sabbir Khan took the Hollywood route with Kambakkth Ishq and ensured biggest opening for Akshay Kumar. With 'desi' being the key word now, he is pretty much looking at scoring a hat-trick with Tiger Shroff after Heropanti and Baaghi.

The promo has done the job for producers Viki Rajani and Sunil Lulla. Now it’s time for music to take the film forward in its promotional campaign for weeks to come before the biggie hits the big screen.