The trailer of Radhe: Your Most Wanted Bhai, presented by Salman Khan Films in association with Zee Studios and directed by Prabhu Deva, shattered all records with over 30 million views in 12 hours. 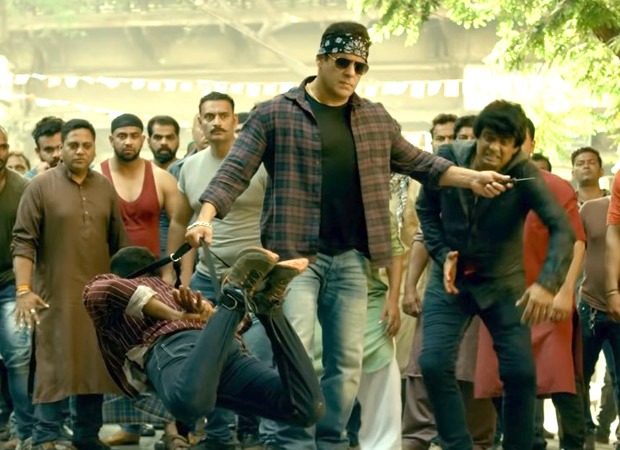 The trailer of the big budget entertainer featuring Salman Khan in and as Radhe and also starring Disha Patani, Randeep Hooda and Jackie Shroff broke the internet and achieved a record-breaking viewership milestone on YouTube.

The trailer that gave audiences a glimpse of everything that’s in store including adrenaline pumping action sequences, signature one-liners, catchy music and dance moves that become nationwide trends, drove the digital platform into a frenzy. Several celebrity names from the film industry too, took to social media to express their excitement and praise for the Radhe trailer.

Added Suniel Shetty, “Loving the #RadheTrailer and really looking forward to this super entertainer. Wishing the entire team of #Radhe, all the very best”

Said Riteish Deshmukh, “Blockbuster Trailer..... #RadheYourMostWantedBhai @BeingSalmanKhan bhau no one can match your swag.... !!! @DishPatani you are looking smashing!!! @RandeepHooda”

Interestingly, while Radhe: Your Most Wanted Bhai became the fastest Bollywood trailer to reach 100k likes in a record time of 10 minutes, it is also the first Indian film to have a multi-format release! Leave it to Salman Khan to always set benchmarks and create trends that continue to make a mark in Hindi cinema.

Radhe: Your Most Wanted Bhai is presented by Salman Khan Films in association with ZEE Studios, produced by Salma Khan, Sohail Khan and Reel Life Production Private Limited. The movie releases in theatres and on ZeePlex and leading DTH operators on the 13th of May 2021 on the occasion of Eid.