Tiger Shroff, being a fitness freak, has recently opened up a gym with his sister, Krishna Shroff. The sibling duo has always been keen on trying to do better when it comes to their fitness. When it comes to being fit, there’s literally nothing Tiger Shroff can’t do. From triple backflips, to perfecting his MMA moves – he has done it all and has left our jaws dropped down on the floor most of the times. While most of the youngsters look up to Shroff Jr. for inspiration, he looks up to Hrithik Roshan and is already shooting for an action packed film with the Kaabil star. 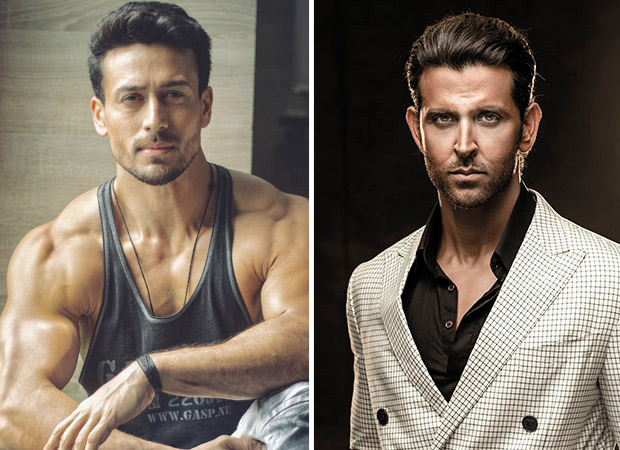 In an EXCLUSIVE conversation with Bollywood Hungama, Tiger Shroff played a fun rapid fire round and we asked him about the one thing he wants to ask HR. He has literally said what’s on all of our minds. He revealed that, “Once Hrithik told me that before becoming an actor, the doctor told him that he couldn’t do action or dance because he had a spinal problem; and how does he always prove the naysayers wrong and went ahead to do a superhero’s role and doing that so effortlessly. How does he keep raising the bar every time people say no?”

This Hrithik Roshan and Tiger Shroff starrer also has Vaani Kapoor in the lead role and is directed by Sidharth Anand. Apart from this, Tiger is also going to be seen starring in Student Of The Year 2 with Tara Sutaria and Ananya Panday. He will also be a part of the third installment of the Baaghi franchise opposite Shraddha Kapoor.

Also Read: “I don’t want to be frozen in the frame” – Tiger Shroff on dancing with Hrithik Roshan in Yash Raj Films’ next