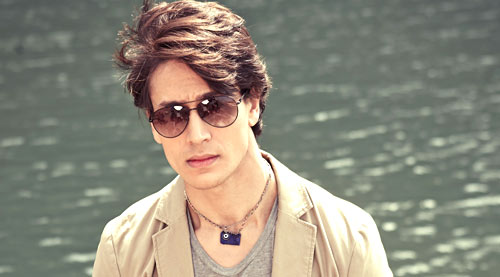 Tiger Shroff has just taken his adulation for Hrithik Roshan to a new level. For his role of the turbaned super-hero, Tiger has been studying Hrithik's airborne elegance minutely.


Not Superman. Not Spiderman or Batman. Tiger has been viewing the Krissh series to learn the ropes of playing the super-hero.


In Remo D'Souza's The Flying Jat, Tiger Shroff has to play the turbaned super-hero. The one-film old action hero has been grappling with the intricacies of airborne stunts.


Says Tiger, "I thought doing action scenes in Heropanti without cables was hard enough. But doing the stunts attached to wires is another level of action altogether. Hats off to Hrithik Sir. Cable work is an art in itself. I've been working very hard to maintain the correct body language while performing in the superhero suit using cables."


Tiger Shroff is all praise for his role-model for making mid-air postures look so elegant. "I've realized maintaining a proper body language in midair is not as easy as Mr Roshan makes it look. Posture is extremely important while playing a flying hero."