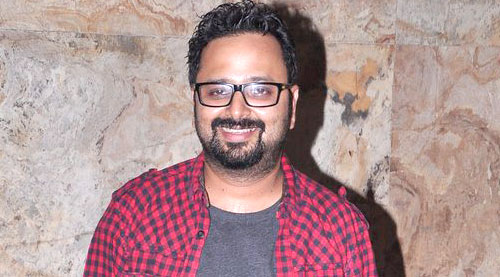 Rather than sulk over what other directors would probably think to be the producer's interference, Nikhil is thrilled to bits to take Salman's inputs. "In fact I insisted that Salman Khan sit on

the editing with me. I knew his involvement with the editing would add immensely to the end-product. And I was right. Salman has turned Hero into another entity altogether."

Nikhil Advani says the superstar has an impeccable sense of narration. "Salman knows exactly what should stay and what should go. Every suggestion of his made sense. I incorporated all the cuts he

asked me to. I've no qualms admitting Salman Khan has given the final shape to his film."

Rumours of Salman turning director have been rife for quite a while now. Salman's contribution to Dabanng and Dabangg 2 has earlier been acknowledged by his brother Arbaaz Khan.

Is the time right for Salman to turn director now?

"Why now? I think Salman should've directed a film ten years ago. I am very lucky to have Salman on board for Hero and Aamir Khan for Katti Batti," says Nikhil Advani who first got a

chance to bond with Salman Khan when the director made Salaam-e-Ishq.