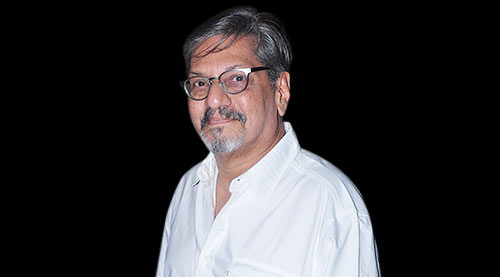 In a career spanning more than four decades Amol Palekar has played multitudinous roles. In the 1970s he re-wrote hero-giri in Hindi cinema by playing the middleclass

protagonist. Thereafter he directed films in Hindi and Marathi which brought him great acclaim. Now when Amol is content playing the part of the painter, the government has thrust a new

responsibility on him. The very distinguished Amol Palekar chats with Subhash K Jha on being selected as chairperson of the jury to select India's entry to the oscar.


The film industry feels you are fully qualified to head the Oscar jury? Please comment.

Well, thank you for saying that. Though I don't think I am specially qualified.


Why do we come away every time from Oscars without making it anywhere in the shortlist?

Perhaps we place too much important on this. I've only been appointed as the chairperson to elect India's official entry. But the kind of response around me it's almost like we've come back with an

Oscar already! We are celebrating as if Amol Palekar has already come back with an Oscar. It's very important for us to stay balanced with a proper perspective and keep our feet firmly on the

Why do you think there is this premature euphoria about the Oscar?

We don't understand the elaborate process of getting to the Oscars. Right now we've only crossed the first stage. The Film Federation Of India has taken the first step of selecting the panel of

jurors. Why are we already celebrating? It is like Sandip Patil being chosen as the chairperson of the selection committee. We start celebrating as if we've won the World Cup.

But do you think we stand a good chance of cracking the short-list?

Well, there are many hurdles before we come to that. We can only see and consider the films that are submitted before us. Before we know it we'll have people jumping on the jury asking why this

film and that film was not selected. Before questioning why a particular film is not selected please understand whether it was submitted or not.

After the selection, begins the struggle in Los Angeles?

No filmmaker in India knows what to do over there. They have no idea of the lobbying and the finances involved in LA. Unless we have a good knowledge of how the process to the Oscars works, there

is no point in wondering why our films don't get selected.

What according to you is the best representative of the Indian cinema?

You tell me! It is next to impossible to select any one film as the correct representation of India. We've to accept the fact that there can only be one official entry. But producers are not

debarred from sending their films as unofficial entries.

What would be your criteria of selection?

Our criteria is to select the best possible Indian film which would make India proud on an international forum. We've such beautiful representation from regional cinema that most people are not

Some years ago a film you directed Paheli was selected as India's official entry into the Oscars?

To be very honest, I am not aware of what efforts were made at the Oscars by my producers Red Chillies. Was anything done? If nothing wasn't done, how can we expect to win? Look at the way Aamir

Khan promoted Lagaan at the Oscars. He followed all the rules. He did it the right way. I don't remember any other Indian film in recent times getting it right the way Aamir did for

Lagaan. If we are not going about it the right way why are we grumbling about our films not making it to the Oscars?

Do we stand a chance this time?

choose from. It will be a tough job to select one film that represents India.

Not thankless. But certainly daunting. My concern is somewhat tangential. Isn't it equally difficult to select the best films at the National awards? Then why are we not so concerned about that?

You're going to be doing the selection in Hyderabad?

Yes. I've no idea why we are doing selection in Hyderabad. And it doesn't matter to me where. I am excited about seeing some excellent films.