Interviewing Mr. Amitabh Bachchan is always a privilege. Each and every time he brings in a kind of perspective through his words that you stay on to be excited about what he has to say next. It was no different when this interview took place for his latest release 102 Not Out. Excerpts. 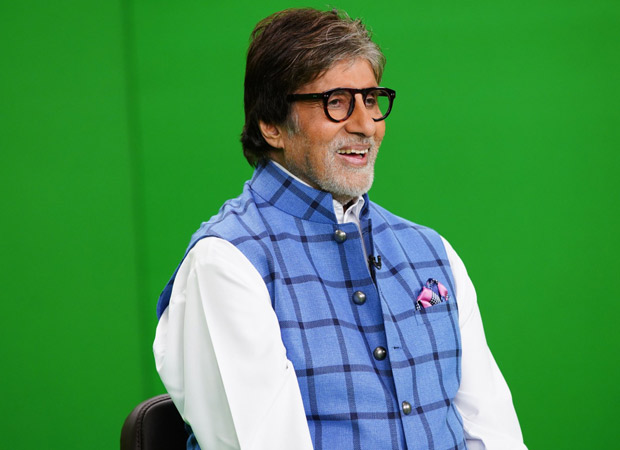 Clichéd as it may sound, but do you also carry a dream to be living life to the fullest beyond 100 years?
If my body is working at that age and I am sane, yes I would love to!

102 Not Out is set to be a unique love story between a father and a son. Can you please elaborate?
The Father is 102, desirous of beating the age record of a Chinese who is 118 years old. He has a son who is 75 and who lives a rather routine morose life, and who he wants to send to an old home! Why he is doing so is what the film is about, you shall see. It is a story of Father and Son, their understanding of life and another very important aspect, which you shall find in the film.

From playing siblings of sorts in many films to being Rishi Kapoor's father, it must have been quite a transition for you?
Not really. We are actors we do what is asked of us to do. Age changes your outlook and actions in life. We were younger then, we are older now. We could play siblings even now, aged siblings!! Depends on the story of the film.

While you are playing a 'bindaas' character, Rishi Kapoor is coming across as a 'khadoos' of sorts. Does this contrast lead to quite a few hilarious moments in the narrative?
I hope so, that is what we hope you shall see in the film.

Any happy story is bound to have a point of conflict also that gives rise to drama. Can you please share the conflict in this tale?
Sharing the conflict will mean sharing the story of the film. That would not be prudent. Go watch it and then know what it is.

Director Umesh Shukla comes with a mix of theatre and filmmaking background. How has he handled the core emotional quotient of 102 Not Out?
Rather well. He is a competent director and knows his craft extremely well. Be it emotion or humor or drama or music, his capacity is very comprehensive and acclaimed.

The film has you in an almost Santa Claus look. How was that designed?
I don’t know how Santa Claus looks like as I have never met him, but the designing of the look was done by make-up artists of some eminence.

Unlike some of your earlier films where prosthetics was a tiring and time consuming job, was it more of a cakewalk in 102 Not Out since only beard and long hair seem to be the add-ons?
Prosthetics in any given time and age are a time consuming tiring process. What may seem to you to be a cake walk is not true. Each make up session takes hours to achieve the look approved and designed. This one was no different! It was tedious and complicated. And what makes you think putting on a beard and long hair is an easy task? It is not! Try putting one on and living and working with it each day, for 8 hours for 40 days!!

You have also modulated your voice quite differently for the film. Is there anyone in particular who was there in your mind?
No.

There was a time back in the 70s when you and Rishi Kapoor used to be in contention for the same set of awards. How does the competition look like now with 102 Not Out?
I don’t compete for awards, and I do not think any artist works in a film with that intent in mind. We strive to give our best for the audience and the box office. That is our only competition.

With two veteran actors like you coming together on screen with almost 100 years of working experience between yourselves, can one say that audiences are up for a treat?
We have not been working for 100 years; we have been working for approximately 44 years together. I think you have given us more age, than we actually are! And if that was a typo, and you meant '100 hours' then all I can say is that those hours were a delight.

As for Brahmastra, you are working with Rishi Kapoor's son, Ranbir Kapoor. It must be quite uncanny to work with father as well as son in the same year, isn't it?
Yes indeed, an honour and a privilege!!