Madhuri Dixit is back on the film circuit after long hiatus since Gulaab Gang in 2014. The actress is making her Marathi film debut with Bucket List. The trailer released on Friday which narrates the story of a housewife who wants to explore life to fullfil her bucket list wishes. Her character Madhura's journey will be filled with laughter, joy, acceptance, and love. But, this not just the only film she has signed and will star in. The actress will also star in two multi-starrer films- Total Dhamaal and Kalank. Both the films will mark the reunion of her with her 80s and 90s co-stars Anil Kapoor and Sanjay Dutt. 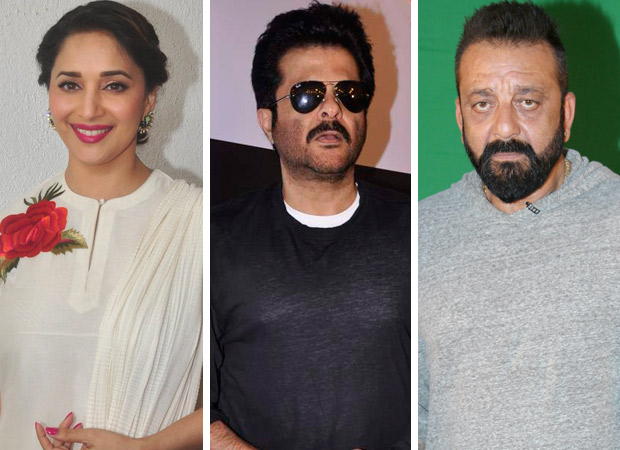 Madhuri Dixit recently opened up about reuniting with her Beta co-star Anil Kapoor and Khalnayak co-star Sanjay Dutt. These two reunions are after almost 20 years. As the audience is gearing up to see this 80s and 90s on-screen pairs on the big screen, Madhuri said that she very excited about it. As she has given big hits together both with Anil and Sanjay, she is enjoying working with them. While Anil and Madhuri have shot for promotional posters of Total Dhamaal, she is currently shooting for Kalank which also stars Sanjay Dutt.

Anil Kapoor and Madhuri Dixit were one of the most favourite pairs. They starred in several films including Pukar, Kishen Kanhaiya, Tezaab, Beta, Ram Lakhan, Khel and more. Sanjay Dutt and Madhuri starred in Saajan, Khalnayak, Kanoon Apna Apna and others.

Total Dhamaal is co-produced by Ajay Devgn and Fox Star Studios. The third installment in the franchise will release on December 7, 2018. Madhuri Dixit, on the other hand, will be seen in Dharma Productions’ next Kalank alongside, Alia Bhatt, Varun Dhawan, Sonakshi Sinha and Aditya Roy Kapur.