Abhay Deol clearly knows how to engage his fans on Instagram with his posts. The actor often posts pictures without filters and puts his heart out while captioning them has treated his fans with a throwback picture. The picture is from Sunny and Bobby Deol’s sister Ritu’s wedding. 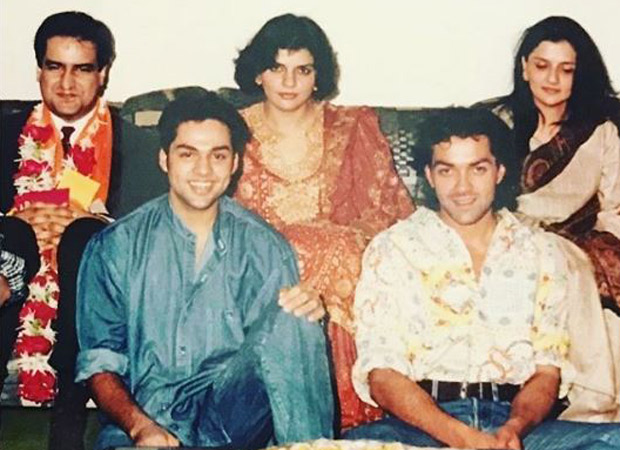 Abhay Deol, who is the cousin of actor Bobby Deol sharing the picture wrote, “#Oldfamilyphotos”. Farhan Khan Ali sure got nostalgic and commented, “I remember all of you that way.” Abhay Deol responding to the comment wrote, “with you choreographing us to dance to “Thriller!”

Bobby Deol too shared the same picture and mentioned the occasion that it was clicked on. He wrote, “20yrs plus #throwback to my sister @kurtarah’s wedding ... #BeautifulMemories”

On the work front, Abhay Deol was last seen in the Netflix original film Chopsticks alongside Mithila Palkar. The actor is currently shooting for the Tamil film Hero in which he will be playing the role of an antagonist.

On the other hand, Bobby Deol is currently gearing up for the release of his next, Housefull 4. The multi-starrer film is slated to release on October 25.