The most awaited trailer of the year is here with three times the action, three times the romance, and three times the entertainment! The trailer of Salman Khan starrer Dabangg 3 is out now and it is a must-watch!  At the trailer launch, Salman Khan revealed that he has in fact written the film as well. Salman Khan said, "So I have written the script. This film is for the critics, they will say ‘Wah! what a story’! If we are beaten for it, we will not just be beaten in Delhi, but also in Chennai and Bengaluru. Tamil, Telugu, and Kannada -- we will be beaten across the country. If we are a hit, we will be a hit in the entire country.” 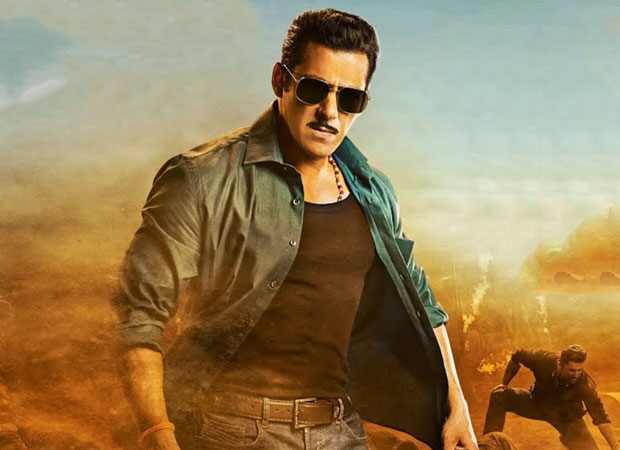 Salman is returning as the quirky cop Chulbul Pandey in the film. The actor underwent a lot of physical training for the role since he had to also shoot for flashback scenes. Salman Khan said, "I am very excited for this film to release. I am waiting to see how the fans will appreciate the film. We have done a lot of 'mehnat'. I have worked much harder for this one that I did in Tiger Zinda Hai. We have taken some tough creative calls, and over all a lot of effort has gone in this one."

This film marks the reunion of Wanted duo Salman and Prabhu Dheva. Speaking of the choreographer-turned-filmmaker, Salman added, “Prabhu Dheva is very chilled out, but he is very particular, he makes me take many takes."

He also said that the film will be a pan India film. Salman Khan revealed, "We have had South films (releasing) and they have done well here. Now, I think it is our time. The film is a proper entertainer; people should like it there too."

It is known that the previous films have had peppy numbers like ‘Munni Badnaam Hui’ and ‘Fevicol’. This time around, they will have ‘Munna Badnaam Hua’ which was Salman’s idea. Salman Khan shared, "We have 'Munna Badnam Hua' this time. It is a different song; it is not the same song as 'Munni Badnaam Hui'".

This has been a very successful franchise and Salman is aware that not many franchises have been successful in the past. “Not all film franchises work well. We have worked very hard on this one. The film is not only an action film, it is a total entertainer,” he added.

Dabangg 3 is directed by Prabhu Dheva and produced by Salma Khan, Arbaaz Khan and Nikhil Dwivedi under the banner of Salman Khan Films and is slated to release on December 20, this year.