Thor: Ragnarok director Taika Waititi hosted a watch party on his Instagram live stream on Thursday night while viewing his film with his fans around the world.  Well, everyone knows Waititi's sense of humour and this live commentary was less commentary and more like a party. And he had surprise guests. His actors from Thor" Ragnarok Tessa Thompson and Mark Ruffalo crashed his watch party. Ruffalo joined the live after Tessa left but she left a comment calling Mark and Taika 'silver foxes'. They played with split-screen video features. 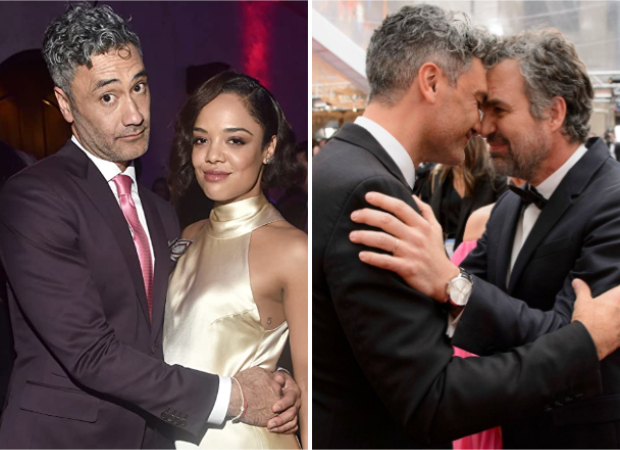 During the watch party, Taika spoke about the premise of Thor: Love And Thunder starring Chris Hemsworth. "It’s like 10-year-olds told us what should be in a movie and we said yes to every single thing,” Waititi said. He revealed that they had done five drafts of the film's script. Tessa Thompson has read the latest one.

He also spoke about his character Korg’s Kronan and that fans will get to learn more about the race and that creatures from comics will appear in this installment. He also said his character will remain single because he was "deeply in love and lost that love along the line…He doesn’t feel brave enough to find love again."

taika waititi and mark ruffalo being happy to see each other on insta live. that’s it. pic.twitter.com/3ulnJn7zOl

taika waititi saying thor: love and thunder is going to be over the top and more epic than ragnarok while on live with tessa thompson. this movie is going to be so incredible pic.twitter.com/jIyIyjJN6x

During the watch party, he joked about Robert Downey Jr.'s Iron Man alive in Thor: Love And Thunder. “Thor squints, trying to make out the figure before him,” the script reads. "Thor then says, “Do’th mineth eyeth deceiveth me?” before realizing that Tony is in front of him."

The fake script further reads, "When Thor asks Tony how he’s still alive after his demise in Avengers: Endgame, Tony says, 'Science. Also, Thanos is back.' Avengers assemble again and it is “GO TIME. Tony says, 'Everyone who died is coming back. And this time we’re avenging even more than ever. From now on we’ll be known as… The Avengererers.'"

okay but taika’s fake love and thunder script is better than all of endgame. 2012 fanfic energy pic.twitter.com/Fu7O87Rqe8

Due to the coronavirus pandemic, the film has been pushed until 2020. Thor: Love and Thunder stars Chris Hemsworth, Tessa Thompson, Natalie Portman, and Christian Bale. It will release on February 18, 2022.