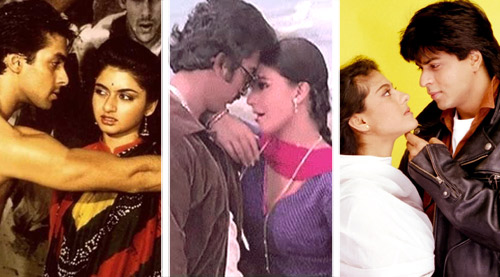 I can recall those glorious days when Maine Pyaar Kiya that 'practically' introduced superstar, Salman Khan, was released by Rajshri Productions at Metro Cinema in Mumbai. The release was limited to not only a single theatre, but also a single show (Matinee).


If I further travel back in time, in 1981, Ek Duje Ke Liye was released at Girnar theater in Rajkot. The film earned a handsome 10 crores at the box office. In all fairness, earning of 10 crores in 1981 is comparable with that of 100 crores in 2015. However the producer's profit share (in terms of percentage) was much higher in those days; today producers are just able to manage a break-even.


In the pre-multiplex era, several films such as Ram Teri Ganga Maili, Hum Aapke Hain Kaun, Rangeela, Bombay, Dilwale Dulhaniya Le Jaayenge, Dil toh Pagal Hai, Gaddar, Lagaan, Ishq and more have managed good box office collection. So what has changed now in the multiplex era? The question is bothering me, you and many of us out hereâ€¦ In addition to cost of production, fundamentals and guiding principles of doing business have changed and hence producers and distributors aren't able to manage earning in the same proportion, despite their films cross the 200 crore mark.


Low risk, limited prints and high returns were the guiding principles in earlier days. The game was played to create demand and limit the supply. Distributors' acumen and business sense was leveraged to plan number of cinemas, terms of business and phased release. The sole agenda was to manage a healthy bottom line. If a film was released at Metro Theatre in Mumbai, the next cinema that they would target would be Sachinam in Worli. Minerva, Novelty, Maratha Mandir and Satyam, all these theatres were purposely excluded from the release plan.


What has changed today? Several films are releasing every Friday; there is a plethora of single screen and multi-screen theatres; new players have entered the marketplace. Unlike in the past, distributors come with limited business knowledge and experience. The focus has changed from 'where' to 'how many'. The role that was once looked up on as strategic business function has now turned in to logistics management.

Now let's take a look at single screens and multiplexes business. In earlier days, single screen cinemas were yielding more returns for producers than what muti-screen theatres are able to manage today. Single screen owners never had high bargaining power but suddenly multiplex chains are making them feel miniscule. They are highly de-motivated by the fact that a large share of business goes to multiplex chains, who don't even own the property. Also multiplexes are looked up on as preferred partners and single screen owners are subjected to unfair treatment.
Mr Vandan Shah, owner of Rupam Cinema says, "We have decided to convert our theatre in to a commercial complex. Running a cinema simply does not make business sense and also hurts our self-respect. Single screen cinema owners are required to pay an advance fee to distributors; multiplex chains have been exempted. Furthermore distribution managers working in large corporate houses pressurize single screen cinema owners to continue their films beyond agreement terms. How can we run a film after maximum juice has been extracted or when a film has not been able to attract enough audience to cover basic electricity expense? Our multiplex peers are able to operate at their free will; they can discontinue or decrease shows as per their convenience; even before opening weekend ends.


This is just the beginning; in days to come we will witness more single screen owners following the path Mr Vandan Shah has taken. Does this have any impact on producers and distributors? It's myopic to believe that single screens are a small part of the ecosystem and their elimination will not make any difference. Producers and distributors are indirectly increasing the bargaining power of multiplex chains. I now stop out here; however I would love to hear from you! Write to me and let me know whether you agree or disagree.