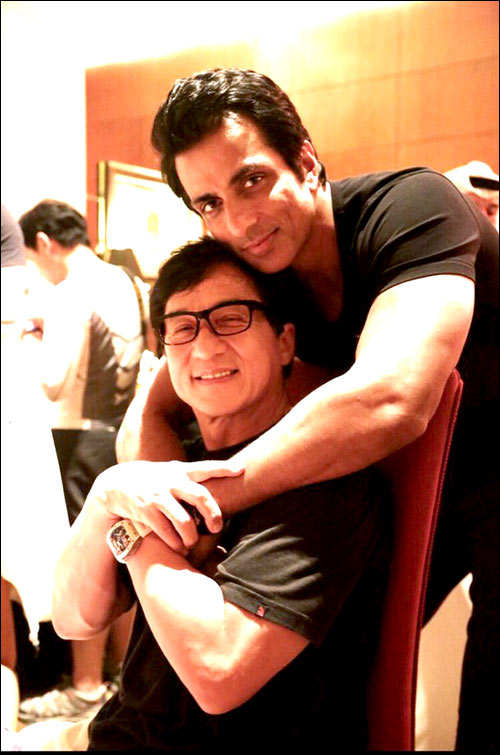 By now, we all know that Sonu Sood is doing a Hollywood film Kung Fu Yoga with Jackie Chan (that's being directed by Stanley Tong), the undisputed king of martial arts. The latest update about this film is that, besides finishing the first schedule of the same, the two actors have really become thick pals.

Reports have it that whilst leaving for China, Jackie Chan had promised Sonu Sood that he will teach him Chinese when he comes there. If that wasn't enough, Jackie Chan also presented Sonu Sood a book on his film with a personalized handwritten note for Sonu.