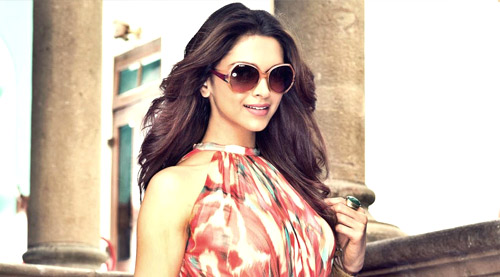 "I am absolutely looking forward to Tamasha. I am satisfied for this year. I am very happy. God has been really kind. Piku is the cake, Tamasha and Bajirao Mastani will be the two cherries," said Deepika Padukone in a Bollywood Hungama exclusive interview. Deepika is being showered with choicest encomiums for her performance in Piku and with the release date of Tamasha confirmed for November 27, she is eagerly awaiting her next film with Imtiaz Ali post Love Aaj Kal.

Shoojit Sircar's Piku has redifned Indian cinema. It is a sensible well written and well directed film that is being lapped up by the audience both in India as well as abroad. "From a film it has done way more than I expected. It has gone beyond. It is one film that the audience has taken away from us and taken ownership of it. Most special has been the audience reaction. I don't think we've seen what has happened to Piku in a while. Critics, audience and now the Box Office, all three put together. For a lack of better word, it is extremely overwhelming," Deepika said.

Piku is a progressive film that also adds value to the cause of women empowerment in India. Bhaskor (Mr Bachchan) wants his daughter to be independent. He had respect for his wife's individuality as well. Deepika adds to it by saying, "Piku is a very progressive film. At the same time we have retained the essence of Indian values and culture. Somewhere we all identify with it because no matter how much we progress in our own lives there is a certain Indianness that we are all brought up with that you can't take away from us. Yes it is very very progressive but it is also very rooted at the same time."

Priyanka Chopra in a Bollywood Hungama interview with Faridoon Shahryar recently spoke in a lighthearted manner about all the 'efforts' undertaken by Bajirao Mastani director Sanjay Leela Bhansali to cause a 'friction' between Deepika and Priyanka in real life so that it spills over into their on screen avatar as rivals. "When you see us promoting Bajirao Mastani it will be a lot of fun. I am sure we will talk you through what he wanted and what we were actually doing on the side," Deepika said with a smile.

During the course of the interview Deepika urged Shoojit Sircar to make Piku part 2. It was done in a casual fun way but many would want Sircar to make the sequel if it could be developed. Shoojit on his part was regretting editing out two key scenes from Piku. Considering the fact that people want more and more of the film, he feels those scenes could have further added value.