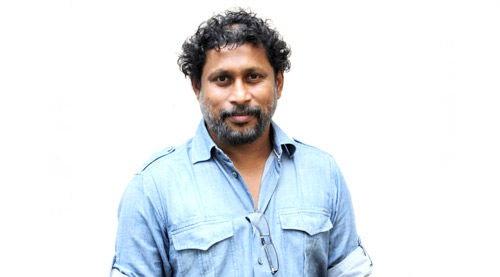 Piku is now the biggest ever success for Shoojit Sircar. With over Rs. 50 crore in its kitty just from India, the film is going great guns in overseas as well. From Yahaan to Vicky Donor to Madras Cafe and now Piku, Shoojit has not just traversed varied genres but also gained some good acclaim and respect from the filmgoers. However the man, who still considers himself to be an outsider in the big bad Bollywood, stays on to be humble, grounded, rooted and soft spoken as ever. Over to Shoojit who is certainly enjoying some wonderful attention that has Deepika Padukone, Amitabh Bachchan and Irrfan starrer is fetching for itself.

Congratulations for the huge success of Piku. How did the concept came calling though?

When Juhi (Chaturvedi) and I were jamming, a lot of anecdotes started flowing in that were based on her grandfather. Then I also started remembering a lot of instances and the collaboration began. This isn't all as I have taken a lot of instances from my wife as well (smiles). So the film turned out to be a slice of life affair which further reflected of life. We picked up a lot from everyday mundane life. This is the reason why the film is beyond the father and daughter story. Apart from comedy and humor which is the mainstay of the film, it also ended up exploring quite a few other theories.

At the heart of it, it turned out to be a really simple film with a big heart.

A very simple film with simple story telling (smiles). All we wanted to do was try and explore Piku's world and see if audience is willing to join in as well. We wanted the characters to be themselves and then let the audience 'jhelofy' them (laughs). This is the reason why you see a lot of scenes set in the drawing room or in a car. Their finicky attitude and nok-jhok is the heart of the film. In fact I will tell you something - a lot of my character is also seen in Mr. Bachchan's character because I am personally a lot finicky. Now that audience is enjoying the film, I am sure it is because there is a bit of Piku and Baba in everybody.

But how were you so sure of Deepika Padukone as the right woman to step in as Piku?

In my mind, Deepika Padukone was always there. Yes, Juhi did have a couple of other thoughts around who could play Piku. I had Deepika as a sure shot choice though. As for Mr. Bachchan and Irrfan, the film was written with them in mind.

So finally after a stuck Shoebite, your dream of seeing a film with Mr. Bachchan release in theaters was realized with Piku.

(Smiles) Yes, woh Shoebite hamesha yaad zaroor aati hai. Whenever I and Mr. Bachchan meet, Shoebite hamaari shakal mein zaroor ek baar toh aati hai. Unfortunately it is still in the cans. The film is such a wonderful effort; in fact it is one of his best and it is so sad that it hasn't released. Film jab can mein hoti hai toh bahaut dukh hota hai. It is a passionate relationship with him as a director-actor. He is a legend and I have full respect for him. As everyone right from Ram Gopal Varma to R. Balki says, once you work with him, you get addicted to him. Somehow we have managed to continue our admiration.

It seems like a masterstroke to have brought Irrfan Khan in a face-off of a different kind with Amitabh Bachchan.

First day when Irrfan and Mr. Bachchan met for the first time, it was such a great moment. Dono top ke actors hain; one is in the industry for 45 years, another is enjoying the time of life in front of the camera. When they were together, it was almost like a Robert De Niro and Al Pacino moment for all of us; that's the kind of sheer talent they come with.

This is your fourth film and yet again you have told a different story in a different genre. As a director, how do you work towards bringing on an entertaining tale in such a unique set up?

It is a big challenge when you make people privy of things which are otherwise not talked about frequently. Juhi and I have a way of looking at things. In real life, sometimes we laugh at ourselves when we see things a few days later. Sometimes we fight, and then end up wondering that it was nothing. Sometimes hum chote chote issues ko bhaav de dete hain jo baad mein humorous lagta hai. Yahi sur hum audience ke paas waapas la rahe theyy movie mein because Piku is about you and me both; hence it relates to us so much.