Taapsee Pannu is currently shooting for her upcoming film Rashmi Rocket in which she essays the role of an athlete. To look convincing for her role, the actress has been working on herself from the past few months by working out and watching her diet. The actress continues to train even as she shoots the film. 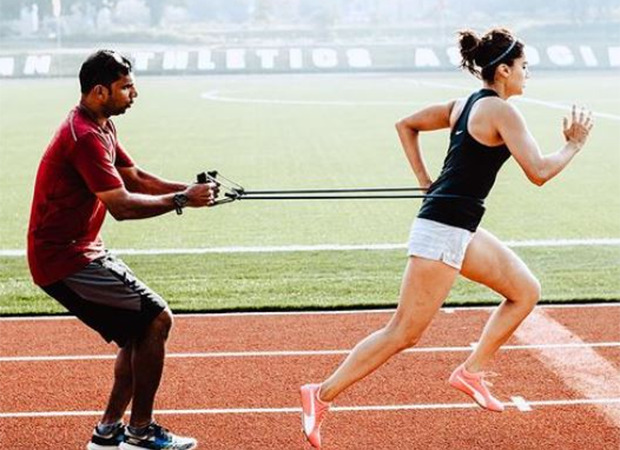 Ever since the shoot began, Taapsee has been sharing glimpses from her workout session which seems to have gotten intense. On Saturday morning, Taapsee Pannu shared three pictures of her training on the tracks with a trainer. Sharing the pictures, she wrote, "Hop ...Skip...Run ..Repeat!#RashmiRocket P.S- those marks aren’t of brutal assault on me but technically only on my muscles."

Rashmi Rocket is written by Nanda Periyasamy, AniruddhaGuha, and Kanika Dhillon. The film is being helmed by Akash Khurana who directed Karwaan. Bankrolled by Ronnie Screwvala along with Neha Anand and Pranjal Khandhdiya, the film is eyeing a 2021 release.

ALSO READ: Taapsee Pannu reveals the ingredients of her natural fat burning powerhouse drink that she has been consuming during her athletic training