Fans of the popular television show Taarak Mehta ka Ooltah Chashmah have always seen actress Nidhi Bhanushali who plays Sonu as a very sweet and innocent responsible girl. However, Nidhi Bhanushali is no more a little girl and has now grown into a fine young lady. 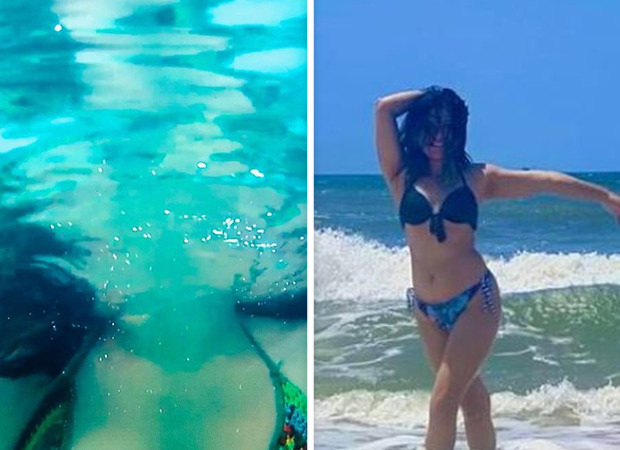 Nidhi Bhanushali recently took to her Instagram handle to share pictures of herself dressed in a bikini enjoying her time at the beach. She recently shared a picture of herself taking a dip in a pool. The picture which was clicked underwater sees Nidhi in a multi-coloured bikini top.

Nearly two months ago, Nidhi had shared pictures of herself in a bikini when she had flown to Goa for a vacation. Nidhi looked absolutely stunning in a black and blue bikini. "Getting some vitamin Sea and some vitamin D to stay the hell away from covid-19," she captioned the post.