It is the era of remakes and interesting projects are already lined up for upcoming years. Pati Patni Aur Woh remake, starring Kartik Aaryan, Bhumi Pednekar and Ananya Pandey, made headlines when Taapsee Pannu called out the makers of the film for replacing her without informing her. The film was at the center of controversy when Taapsee Pannu was unceremoniously dropped from the Patni's role and Bhumi Pednekar was roped in. The actress wasn't informed and heard about it from a third party. While all is well between Bhumi and Taapsee as they are starring in a film Saand Ki Aankh, she did infact call out the makers. 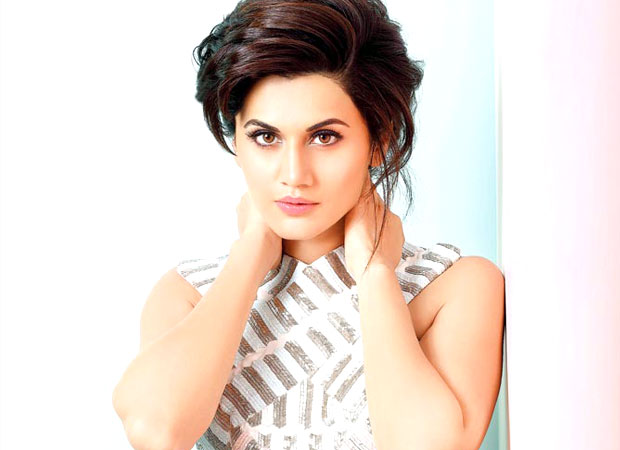 Taapsee Pannu spoke at length about the unprofessionalism of the makers with Bollywood Hungama and how she wasn’t aware of what went down. "It's not like Judwaa 2 kind of a film. You know, I don't know whether I am right in saying this, it's not like that intense love story like Manmarziyaan. But, it's pretty much that kind of a world I have dealt with. A very believable and real world with some wonderful dialogues and very well-written script and genuinely very funny when I heard the narration. I really loved it. And it is a wonderful role for a Patni to do."

The actress then talked about calling out the makers and the real reason behind it. "Ya, anybody would (be upset). For an actor, time is money. Time, when once wasted, will not come back. We have to prove the right things at the right time otherwise time slips from our hands. For an actor at my stage when it is very critical for me which step I am taking. I feel people are seeing what will she do next. So, I felt that my time was wasted. And a month before the film is about to begin, I get to know from outside that I am not in the film. I don't think rejection is new to me. For a person who has come from outside, you can't say that to person that 'rejection is a normal thing to happen'. I know for every film, 4-5 to 10 people's names are suggested. There are times when big superstars are sometimes an option as well for a role. And eventually, it's a director's call to make on who to choose."

"But, when you have discussed and locked the dates with someone that means things are moving ahead. And then, you don't even call once to tell that person, 'This is not happening now. You are not fit. We are feeling someone else might fit better.' It might feel bad at that time but I have handled a lot of rejections in the past. So, one more would have been fine. But, finding out from somewhere or someone else that a month ago, someone else was signed up and I have locked up my dates. So, I did not find it right and that is why I spoke up," she added.

On the work front, Taapsee Pannu is starring in a thriller Badla along with her Pink co-star Amitabh Bachchan. Badla is presented by Red Chillies Entertainment in association with Azure Entertainment, produced by Gauri Khan, Gaurav Verma, Sunir Kheterpal and Akshai Puri, the crime thriller is directed by Sujoy Ghosh. It is slated to release on 8th March 2019.

Also Read: Taapsee Pannu opens up about her career choices and why she is not doing more commercial movies