Akshay Kumar‘s previous outings have had either social messages or were based on real-life inspirational stories. The actor will soon be seen in Dharma Productions' Kesari as Havaldar Ishar Singh, the leader of the 1897 Battle of Saragarhi along with Parineeti Chopra. 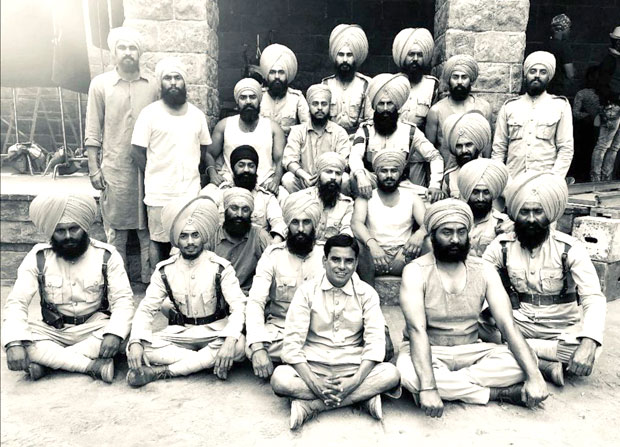 On the occasion of Lohri on Sunday, January 13, Akshay Kumar shared a new still from Kesari in which his character Havaldar Isher Singh is with the Saragarhi unit of the 36th Sikh Regiment. The actor wrote, “Dushman de saahmne jad tak soormeyaan diyaan hikkaan tanndiyaan rehangiyaan, Iss dharti te lohriyaan manndiyaan rehangiyaan!! 36th Sikh Regiment di Saragarhi tukdi vallon sabnu Lohri diyaan bahut bahut vadhaayian! (Till the time heroes will take a stand, Lohri will be celebrated on this Earth. Best wishes for Lohri to all from the Saragarhi unit of 36th Sikh Regiment).”

Also Read: Akshay Kumar and Twinkle Khanna WELCOME 2019 in the most CONTRASTING ways and here’s what they have to say!