Shah Rukh Khan and Gauri Khan’s daughter Suhana Khan is one of the most popular star kids on Instagram. The teenager is definitely paparazzi favourite whenever she is in India. Suhana Khan is currently studying in London and often her pictures with her friends go viral on the Internet. A couple of months ago, she participated in her college play Romeo and Juliet in which essayed the lead role of the gorgeous Juliet. 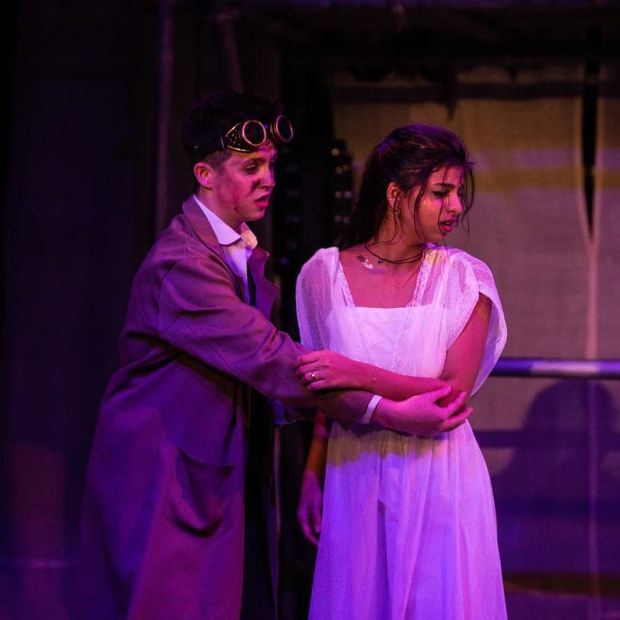 Now, from the same play, an unseen picture of Suhana Khan is going viral in which she looks very emotional. Wearing in a white maxi flowy dress, she looked very engrossed in the moment while being held by her co-actor.

If one may remember, Shah Rukh Khan was in attendance during her play and had expressed how proud he was of her. "With my Juliet in London. What a wonderful experience and exceptional performances by the whole cast. Congratulations to the whole team," he had posted.

Interestingly, Suhana Khan was an assistant on Shah Rukh Khan's last film Zero. SRK had revealed as his daughter is an aspiring actress, he wanted her to watch both Katrina Kaif and Anushka Sharma who are a different kind of actors. But, instead, she became an assistant director and would get him on time on set and inform him when the shot was ready. She would even help him rehearse the song lyrics.

“She came on sets because learning acting has a lot to do with spending time on the sets and learning production. She did the same in London and while she was here. She said she still has two weeks to go back to London and we were shooting a song for Zero in the coming two weeks. So she came here to have that experience,” SRK had revealed.