Kapil Sharma is all set and raring to go as he is doing extremely well with his new comedy show, The Kapil Sharma Show. He has won back his position on the TRP charts and the future looks good for him. There are a lot of changes one sees in him as celebrities who shoot with him claim that he has become more punctual and professional in his new innings and this credit goes to his wife, Ginni Chatrath. Aside from meeting celebs, Kapil is also seen meeting a lot of politicians. He recently met PM Narendra Modi along with other celebs and now he also had a chance to catch up with former Prime Minister Manmohan Singh in Delhi. 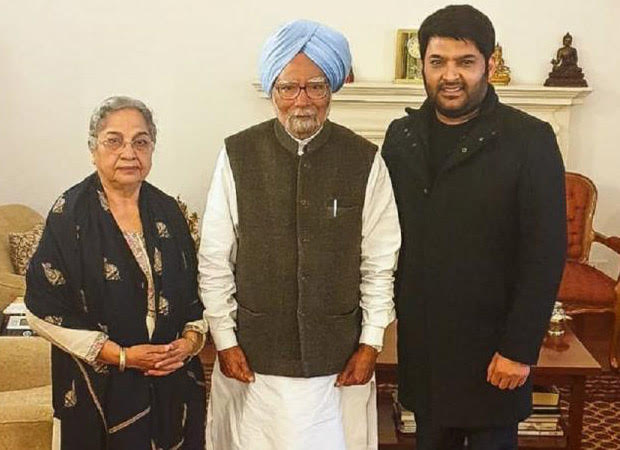 He met his wife Gusharan Kaur too and they spoke about Amritsar and went back to their roots. Kapil took to Instagram to write, “Thank you respected @_ManmohanSingh ji for the warmth, hospitality and a heart to heart conversation about our Amritsari roots, especially about our college and food. Was an honour meeting such a humble and simple statesman like you, and receiving blessings from ma'am. Regards”

Kapil also recently threw a party in Delhi for his politician friends. With Kapil, celebrations seem unending. After hosting three receptions, he also had a musical night at his place which was attended by who’s who of the music industry. He has also started wrapping up his shoot real quick to get home to wifey. We hope that he continues to entertain us thus!

Thank you respected @dr.manmohan_singh for the warmth, hospitality and a heart to heart conversation about our roots in Amritsar, especially about our college and food. Was an honour meeting such a humble and simple statesman like you, and receiving blessings from ma'am. Regards ????

Also Read: INSIDE DETAILS: Kapil Sharma and Ginni Chatrath wedding reception in Delhi was star studded with lots of music and dance; here’s the proof