Super 30 is magnificent survivor of a film. It survives Hrithik Roshan’s atrocious ‘Bihari’ accent, probably picked from one of the many Lalu Yadav skits on the internet. It not only survives the verbal abomination, it also stakes it claim among the most inspiring and kindred films on the empowerment of the underprivileged through education. 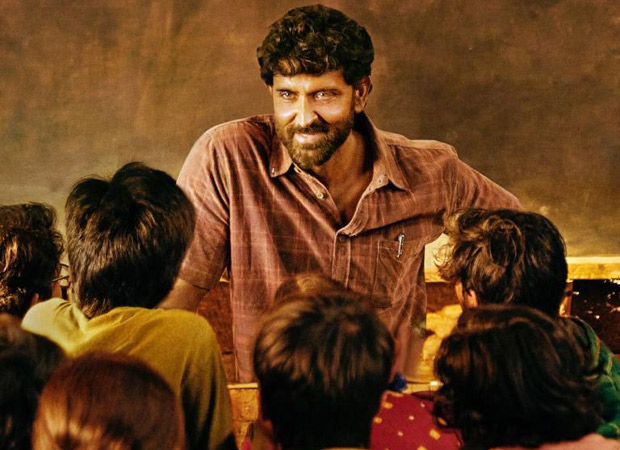 Mathematician par excellence Anand Kumar couldn’t have hoped for a better showcasing of his remarkable work in the field of education. Of course the original endeavour to give the dis empowered students a chance to make a place in the sun, has been substantially amplified and dramatized. The climax specially, shot in a hospital premise with the protagonist’s students taking on a gang of professional goons, is a hoot.

But then, this film survives the onslaught of the outrageous, from the hero’s accent to the film’s climax, to create a very special and precious place in our heart. What comes across is the warmth and empathy of the selfless fearless educationist who would walk that extra mile--literally—to educate, empower and edify the life of poor students.

And what a marvellous bunch of eager anxious underdogs, director Vikas Bahl has assembled in Anand Kumar’s class act! The students feel real and gloss over many of the narrative’s broad melodramatic leaps of faith. Some of their activities in the classroom are stretched out and a tad tedious.

Otherwise, Anand Kumar’s story moves at an even pace, bringing out his humanism and generosity of spirit without ever resorting to over-sentimentalization. What we get are some fabulously choreographed songs specially the ‘Basanti’ number where a wonderful parable of empowerment is created at a very public place during Holi where the rich kids are shown to be “put in their place” by Anand’s downtrodden army.

It is a marvellously staged illusory drama which reminds us of the biggest flaw in this film: the children from privileged homes are not to be blamed for their entitlement. But then this exceptional film survives even this moral incongruity. The flaws get mitigated by the film’s supreme belief in the power of education to heal, and by Hrithik’s central performance. He doesn’t play Anand Kumar. He enters the mathematician’s soul. Another magnificent performance comes from Pankaj Tripathy as a slimy politician. Tripathy, a born scene-stealer gives his unctuous slimy character a glint of humour and a hint of hilarity.

There is a tender love story tucked away in the passionate parable of empowerment. And Hrithik courts Mrunal Thakur with a jaunty standoffishness that feels real. Mrunal gets some pithy lines that make fun of the self-effacing genius of a boyfriend. I specially loved a line that comes late in the plot when she praises herself for her taste in men. But clearly there is more heart in Hrithik/Anand’s relationship with his father (Veerendra Saxena) and his brother (Nandish Singh) than with his girlfriend. The father whom Anand calls by his first name, oils his son’s hair and gives him advice on sexual release. The mother (played warmly by Sadhana Singh) is for a change, a shadowy figure.

Director Bahl makes telling use of scruffy spaces in the lanes of Bihar (actually shot in Varanasi) to show the warm intimate rapport that the protagonist establishes with his students. And here I must mention Anay Goswami’s astonishingly lustrous cinematography which revels in sepia and toasted-brown tones without wallowing in the squalor. The visuals celebrate the joys of aspiration rather than the stench of perspiration.

This is a great story of a man who decided the poor can be privileged if educated. That a king’s son need not be a king. It would have taken a really daft director to ruin a story so inspiring. That, Vikas Bahl, is not. Lucky that he is good. Lucky for Anand Kumar. This movie has anointed him for good.

Also Read: “Hrithik Roshan is everything I’d want an actor to be while playing me”, says Anand Kumar after watching Super 30