The most controversial show of indian television, Bigg Boss 14 which had started on a very promising note had some new additions in the to spice up the game a bit owing to it's run in the languid space. Splitsvilla winner Naina Singh, Kavita Kaushik and Shardul Pandit entered the house as the new entrants. 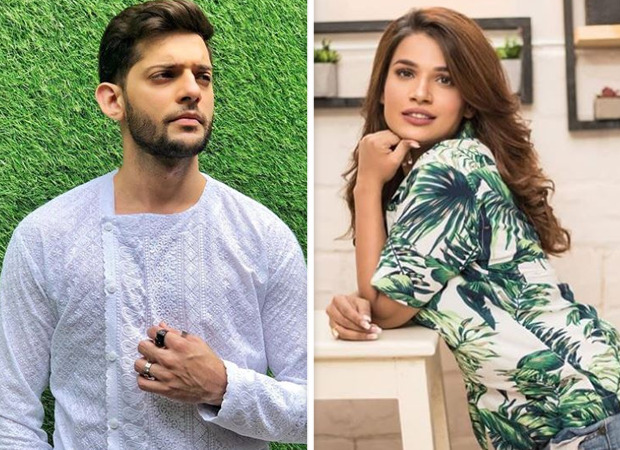 With Naina Singh captivating the hearts of the viewers with her unbiased and fair 'sanchalan', people praised her for her neutral nature. But people are now complaining that they aren't getting to see much of Naina owing to it's high octane altercational format.

Amidst all this, actor Mohit Hiranandani penned down an emotional note for Naina where he expressed his thoughts and said that he's proud of her. The Pavitra Bhagya actor wrote, "Hey @nonaberrry bro, I know it's just your first week and you're still tryna understand things there. And I know you can't see this but whenever you're back, which is long time for now, I hope your team shows you this, that no matter what okay? We, your friends and family are supremely proud of you. We're proud that you haven't stooped low and you've maintained your sanity in a house filled with insane yelling people. If sending energies and prayers were possible, I'm doing that for you right now. Stand up tall and don't back down, no matter what. Jaa meri sherni, fateh kar". 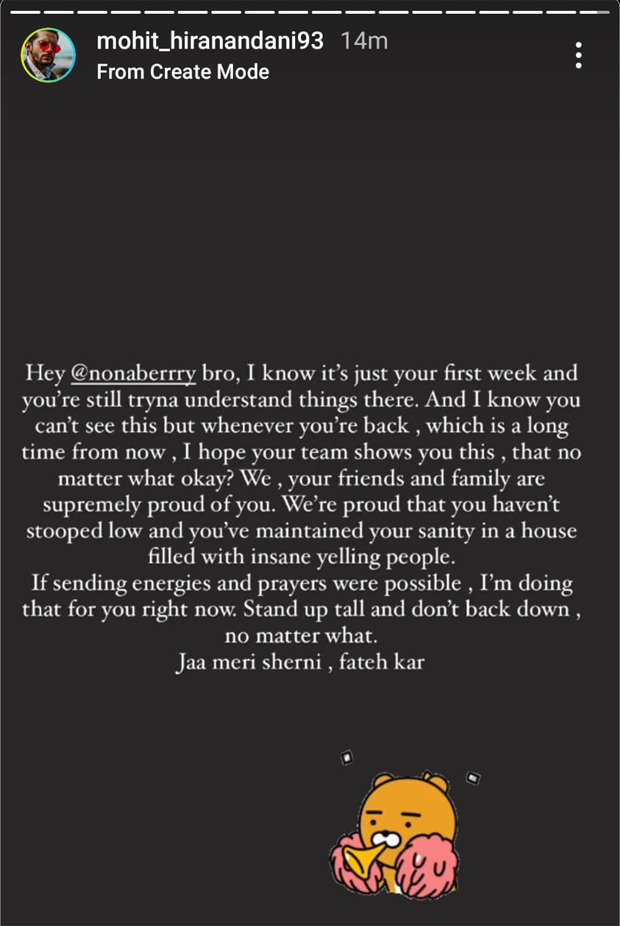 On Monday's episode as well, Salman gave Naina a gist of her absence on screen but the starlet in return says that she is here to entertain people and herself. But in return Salman advised her to do something according to the format of the show. What do you think? Naina will show her real side and come out and roar as a tigress because as long as her fans know she doesn't falls in the mud-slinging category where people stoop down low for the game. It would be really great to see now how will Naina mend her ways in the game.