Saturday, February 24 was dead and Sunday, February 25 was struggling to rise and shine. I don’t know why I was lying restless and sleepless on my bed when my mobile which I had put on charge and which I had left hanging fell on my forehead exactly at 2:30 am and before I could get over the unexpected shock and pain, the mobile rang. It was a well-known friend giving me the mind shattering news about Sridevi’s untimely death. I did not take it seriously as I had received several such shocking messages about the “deaths” of Dev Anand, Rajesh Khanna , Nutan and Dilip Kumar which had driven me out of my senses till the truth about their being alive gave me life. I felt this too was one of those mischief- creating news items to shock people for reasons I have still to find out even after all these years and banged my mobile on my bed and tried to go back to sleep, but sleep evaded me till 9 o’ Clock that morning when my news vendor- Ikram broke the news of Sridevi’s death to my attendant who carried it to me very carefully as he knew my temper whenever something went wrong. The message was right. 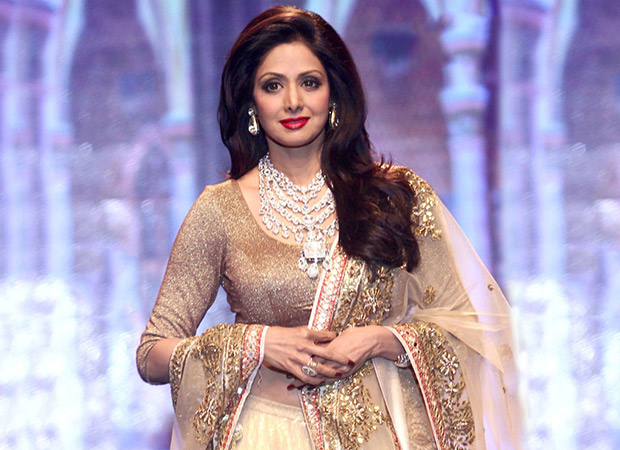 Sridevi, the actress who had reached new heights of stardom and was better paid than any of the male stars in the country and who was loved and admired even when she had taken a fifteen year long hiatus to get married to producer Boney Kapoor and bring up her two daughters, Jahnvi and Khushi, was really dead. She had gone to Dubai with her husband and Khushi to attend a marriage in the family in Dubai. The marriage was over. She was in her elements which was very rare for the superstar who was known to be a very quiet person and spoke very little, like Rishi Kapoor, her co-star in films like Nagina and Chandni said that the only two words she spoke to him during the making of Nagina were “Namaste Ji” and “good night ji” besides the dialogues and the songs she had to sing with Rishi. She then spent time with her daughter Khushi and her brother-in-law Sanjay Kapoor. Boney and Anil and the rest of the family left for Kanpur on some “official work", but Sridevi called Boney back to Dubai as she wanted to do some more shopping. Boney followed her request and they finished shopping. They went to bed as they had to catch a flight to Mumbai. “Sri" as she was popularly called complained of pain in the chest and rushed to the washroom where she collapsed. She was rushed to hospital where she was declared dead after a massive cardiac arrest and the curtain came down on one of the greatest sagas among stars who had proved her talent in more than three hundred films made during her fifty – year long career spanning films made in Tamil, Telugu, Malayalam, Kannada and Hindi. The tragedy had just begun for the Kapoor family. Her body lay in a morgue for the next two days where all the medical formalities were completed, including “reparation” of the body and a thorough post-mortem was completed and her mortal remains were handed over to her family which brought it to Mumbai in a specially chartered flight and she was cremated at a suburban crematorium in the presence of lakhs of mourners who had still not got over the shock.

Sridevi never had any formal education. She started as Baby Sridevi when she was just four years old and by the time she was in her teens, she was the leading lady of some of the best films made in the early seventies and then there was no stopping her for over fifty years of dedicated and dependable work. She first made her Hindi film debut with Solva Saawan with Amol Palekar as her hero. I still remember the press-conference called at the Tea Centre near Churchgate Station. It was Amol Palekar who did all the talking while a young girl sat silently most of the time and the press saw no future for her and the film flopped very badly and Sridevi was not heard of for the next eight years in Bombay or in any Hindi films.

She continued working in all the southern language films and made quite a name for herself. It was at this stage that director K. Raghavendra Rao whom she considered her mentor decided to make the Hindi remake of a Telugu film. The film was Himmatwala. 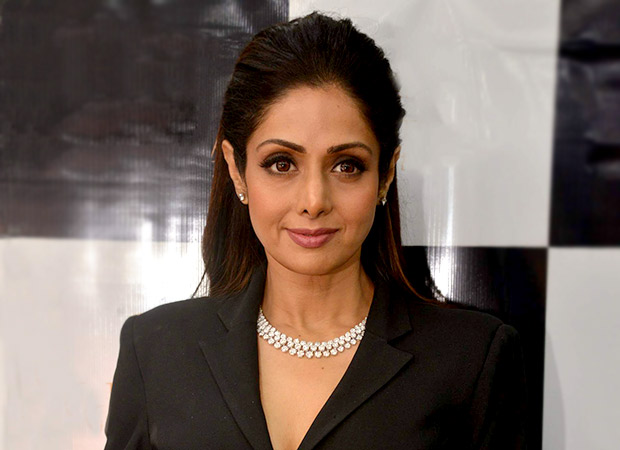 I was in Hyderabad when she was shooting for Himmatwala. It was during one of the scenes that the director wanted her to wear a two piece swimming costume and she refused to wear it till the director who was known as “the Manmohan Desai of the south” forced her to wear the costume and she had to give in. Little did she know then that it was the first posters of her in the swimming suit that would give her stardom even before Himmatwala could be released. The film when released with all her sensual dances, body movements and double meaning dialogues was a super hit and Sridevi brushed aside all the ruling stars in Bombay.

The success of Himmatwala opened up a new school of filmmaking with Sridevi playing the same kind of sexy roles in films like Mawaali, Maqsad and Tohfa. She was declared the number one actress at the box office. But if filmmakers and the audience felt this was to be all and the end all of Sridevi, they were in for another big shock from Sridevi. The actress, who was known as “Sridevi Amma”, was known as “Sridevi Ma’am” now.

It was Jeetendra, who had done thirteen films, shot in the south with her, became her new mentor and talked her and her mother to move to Bombay for better prospects and they followed him. Sridevi first lived with her mother and sister Srilata at the Sea Rock Hotel and then at the Centaur Hotel (both of them now defunct) and doled out dates to producers from Bombay. She was big and busy now and producers' fell on the floor before her as she walked ahead like the new queen of Bollywood and I was reminded of the countless scenes I had witnessed in cities like Hyderabad, Vishakhapatnam, Rajahmundry and Secunderabad where hundreds of men, women and children fell before her car just to have one darshan of the Devi.

A new sophisticated, sensitive and dedicated “tigress" was on the prowl in Bombay and there were victims who were only too willing to fall prey. The new Sridevi began her conquest with Nagina which was a very big hit and she got more credit for the success than her hero, Rishi Kapoor. This was the beginning of a new reign of Sridevi and the films “she did in the next ten years were enough to write her name in letters of gold” according to Anil Kapoor who was to work with her in some great entertainers. 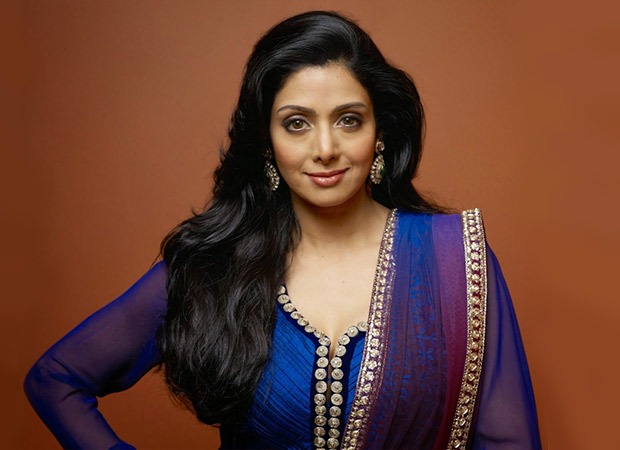 Among the films, she was outstanding in were Sadma, Mr India, Chalbaaz (a double role), Roop Ki Rani Choro ka Raja, Chandini, Khuda Gawah, Aakhree Raasta and Judaai (she could have signed many more films, but her mother’s ailment put an halt to her galloping success. She had to spend more than six months in America where her mother was being treated for an incurable ailment. Boney Kapoor who had made films like Mr India and Roop Ki Rani Choron Ka Raja with her decided to be her support in this critical time, he left all his business affairs and stood by Sridevi throughout and till her mother died. There was an unfortunate crisis during her mother’s hospitalization which Boney is said to have fought for and got Sridevi a hefty compensation of crores. Their long stay in the U.S led them to get close which led to love and love led to marriage and Sridevi gave up her career at the prime time to settle down and look after her husband and two daughters.

She was now free to live the life a common house-wife which she had always craved for and Sridevi, the “moon among stars” was very happy to live the life of Mrs. Sridevi Boney Kapoor who could go to the market to buy vegetables and go shopping with her husband and little daughters. Life for her was “the life of a free bird” as she said. But destiny had other plans for her and fifteen years later when the industry had taken so many turns and the trends and tides had changed, she decided to take up the challenge of making a comeback as a middle aged Mrs.Godbole who was made fun of for not knowing English and how she masters the language. The film, English Vinglish won her any number of awards and she was inspired to do yet another film which was very different from English Vinglish. She played a mother who avenges the rape of her daughter in Mom. She was flooded with offers to do more films but she asked for time as she was fully occupied in her duties towards bringing up her actress – daughter Jahnvi and her younger daughter Khushi.

Sridevi was a superstar without any airs, without any attitude, without any fanfare about her. She had worked with the greatest stars like Kamal Haasan, Rajinikanth, Mammootty, Mohanlal, Mohan, Chiranjeevi, A.Nageshwara Rao, N.T Rama Rao, Amitabh Bachchan, Rajesh Khanna, Jeetendra, Dharmendra and down to a rank new comer like Kunal Goswami, the son of Manoj Kumar.

Sridevi was all set to consider some new scripts as it was she who had inspired filmmakers to make films with women in pivotal roles. She had promised some writers time to listen to their stories, but there was a greater writer above who had already written her script and the end was supposed to be like what happened to Sridevi in real life and how death snatched away all her dreams when she was just fifty-four and what a time to go for a beautiful woman for whom life should have begun!